Stanley M. Bergman Receives Honorary Doctorate Degree from Hebrew University for His Leadership and Commitment to Healthcare for the Underserved 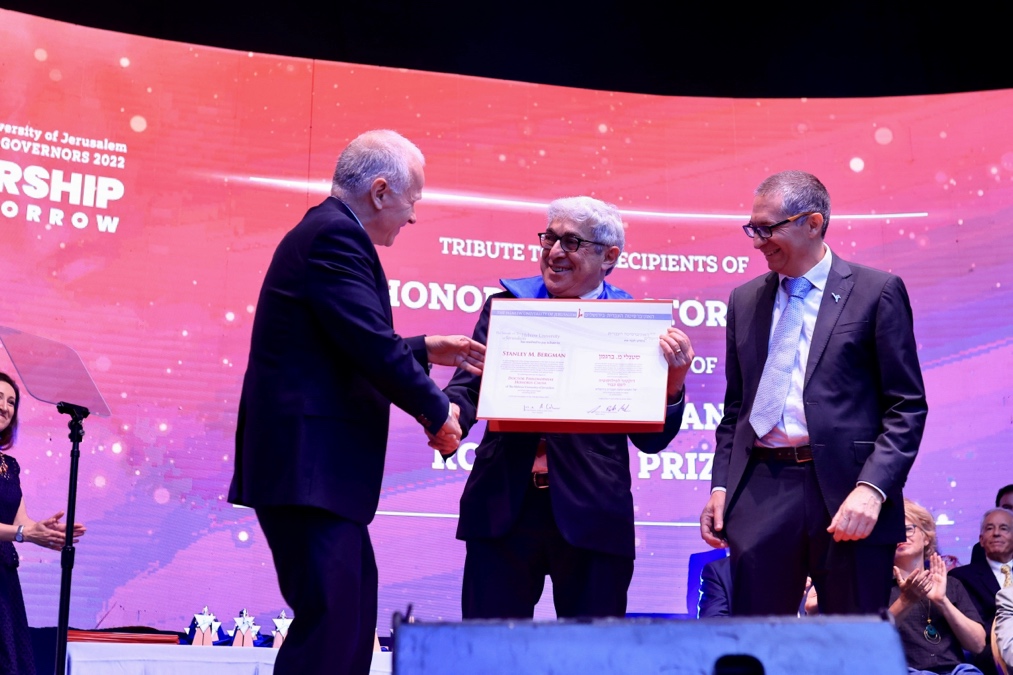 The Hebrew University of Jerusalem (HU) presented Stanley M. Bergman, Chairman of the Board and Chief Executive Officer of Henry Schein, Inc. (Nasdaq: HSIC), the world’s largest provider of health care solutions to office-based dental and medical practitioners, with a prestigious honorary doctorate degree during the 85th Board of Governors Meeting on June 13th in Jerusalem, Israel.

Under his leadership, Henry Schein has experienced tremendous growth, with nearly 22,000 Team Schein Members worldwide and operations or affiliates in 32 countries and territories. The Company has been a Fortune World’s Most Admired Company for 21 consecutive years, an Ethisphere World’s Most Ethical Company since 2012, and named to Fortune’s Change the World list in recognition of its corporate social responsibility programs.

At the ceremony, HU President Asher Cohen paid tribute to Mr. Bergman, "in acknowledgment of his strong commitment to the State of Israel, the Jewish community, educational initiatives, and cultural diversity; in admiration of his professional achievement as the CEO and Chairman of the Board of Henry Schein Inc.; in recognition of his contributions to the Hebrew University of Jerusalem, particularly within the Faculty of Dental Medicine and his Bridge to Peace initiative to provide prevention and treatment to patients with special needs." 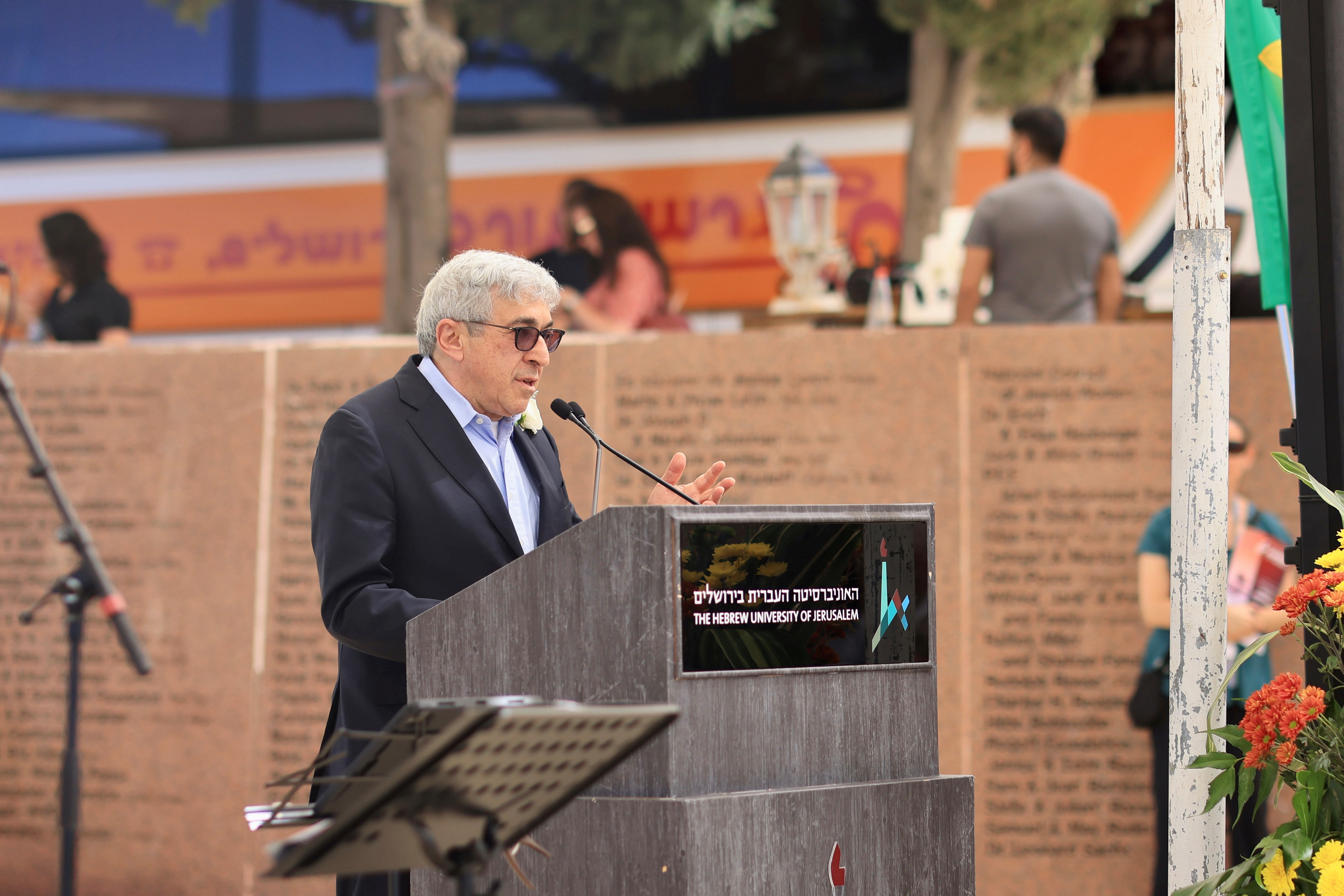 Recognizing the accolade, Mr. Bergman said, “Our decades-long relationship with the Hebrew University of Jerusalem and the School of Dental Medicine is premised on our shared goals of expanding access to oral care for all underserved communities and enhancing educational opportunities in dentistry. On behalf of Team Schein, we are particularly pleased to accept this recognition in honor of our partnership to support the important work to improve health outcomes for the diverse populations throughout the Middle East and in the special needs community.”

For decades, Mr. Bergman has been a leader in promoting the role of business in making a positive difference in the world. He is actively involved with The World Economic Forum, where he has served as co-chair of the Health and Healthcare Governors Community. As co-founder of the Higher Ambition Leadership Alliance, Mr. Bergman has further sharpened Henry Schein’s commitment to corporate citizenship while also sharing best practices with like-minded companies. Mr. Bergman is an honorary member of the American Dental Association and the Alpha Omega International Dental Society and received an honorary fellowship from King’s College London – Dental Institute and the International College of Dentists. He has also received honorary doctorates from The University of the Witwatersrand, Western University of Health Sciences, Hofstra University, A.T. Still University's Arizona School of Dentistry and Oral Health, Case Western Reserve University, and Farmingdale State College (SUNY).

Mr. Bergman is co-founder of the India-Israel Forum and on the board of HU, as well as many others. Building on their long-term relationship, Henry Schein and the Hebrew University’s Dental Faculty partnered, along with others, to create the Bridge to Peace initiative in 2007 to provide preventive oral health care and treatment to patients in the Middle East. In 2017, the American Friends of the Hebrew University awarded Mr. Bergman and his wife, Dr. Marion J. Bergman, with the national Scopus Award to acknowledge their outstanding commitment and contribution to the Hebrew University, the State of Israel, the Jewish people, and humanity. Mr. Bergman also has been actively involved with the American Jewish Committee (AJC), serving as President from 2013 to 2016 and co-founder with his wife, of the AJC’s Africa Institute. Mr. Bergman is currently co-chair of the Muslim-Jewish Advisory Council.

The Bergman family has also been active supporters of organizations fostering the arts, higher education, human rights, cultural diversity, grassroots health care, and sustainable entrepreneurial economic development initiatives in the United States, Africa, and other developing regions of the world.

Mr. Bergman is a graduate of the University of the Witwatersrand in South Africa, and is a South African Chartered Accountant and a New York State Certified Public Accountant (CPA).