Personnel Changes in the Executive Board at Amann Girrbach 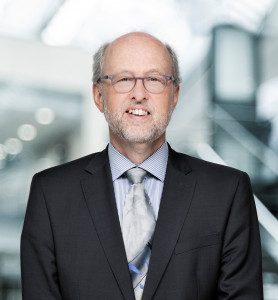 Amann Girrbach AG  has announced that Wolfgang Reim, currently Chairman of the Company, will be replacing Peter Nicklin as CEO on an interim basis until a new CEO has been appointed. Peter Nicklin has lead the company through its ownership change from TA Associates to Capvis/Partners Group in 2018 and has now decided to step down for personal reasons. However, he will be available to further support the company in strategic matters.

Wolfgang Reim holds a PhD in Physics from ETH Zürich and has extensive experience in the med-tech sector, having held several senior executive positions in the industry during his career, including CEO of Dräger Medical and, prior to that, CEO of the Special Products and the Ultrasound divisions at Siemens Healthcare, as well as recent interim-CEO roles at privately held DORC International B.V. and Ondal Medical Systems GmbH. He also currently serves as a member of the Boards of the listed firms Elekta AB and GN Store Nord A/S. He has been Chairman of Amann Girrbach since June 2018.

He comments: “I have been working with Amann Girrbach for the last 18 months and have been impressed with the progress the business has made in the last few years. It is a truly innovative company, at the vanguard of digital dental workflows, and I look forward to taking more executive responsibilities in the months to come. I wish Peter Nicklin all the best for his future business interests and thank him for his contribution to Amann Girrbach’s development.”