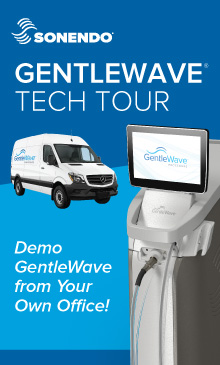 Providing treatment for the compromised tooth

One of the more challenging dental procedures facing clinicians is the restoration of an endodontically treated tooth. This is mainly because of the complexity of the clinical techniques involved and the vast array of treatment options available. An extensive amount of scientific evidence deals with one or more of the components in this multifaceted procedure, but risk factors affecting outcomes are inconsistent in most clinical trials.

What is clearly evident is that successful long-term retention of endodontically treated teeth is dependent on adequate treatment in both the endodontic and restorative phases.1 In a systematic review and meta-analysis of the impact of the quality of the coronal restoration versus the quality of the root canal filling on the success of root canal treatment, Gillen and colleagues1 concluded that either variable, when completed inadequately, contributes equally to a poor outcome.

Possible sources of tooth fracture include stresses that are attributed to endodontic and restorative procedures. These include overpreparation of the access cavity and canals, excess force during obturation, over-enlargement of the post space, and post selection.4 Other possible factors contributing to fracture are post adhesion, cement selection, parafunctional habits, patient age and gender, occlusal scheme and loads, and periodontal status. In a retrospective analysis of 50 teeth treated over 6 years with a minimum 4-year follow-up full-mouth series, Setzer and colleagues5 examined the restorative, periodontal, and endodontic parameters for the success of endodontically treated molars. They determined that a reduced periodontal prognosis and a loss of attachment were the only factors significantly correlated with failure of the endodontically treated teeth. Also, Vire6 and Fonzar7 concluded in their analyses that the most common reasons for extracting endodontically treated teeth were periodontal in nature.

After a tooth is excavated of all carious dentin and enamel, it may be considerably compromised due to loss of structural integrity. Thus, evaluating the amount of remaining healthy tooth structure becomes the first critical treatment planning step in order to determine if enough of it remains to support the foundational core for an eventual coronal restoration. Can the tooth be salvaged? Has endodontic therapy been initiated? Or should extraction followed by implant placement be considered? Has the patient been offered a fixed or removable partial denture? Because significant scientific evidence suggests favorable results with dental implants, some clinicians may be less familiar or comfortable with the long-term outcomes of restoring compromised teeth. Setzer and Kim8 compared the long-term survival of implants and endodontically treated teeth and concluded that both treatment modalities are equally successful.

In evaluating the oral-systemic condition of the patient, the clinician must decide if smoking, diabetes, bisphosphonate use, systemic steroid therapy, radiation therapy, hypertension, polypharmacy, high caries index, or xerostomia may affect the long-term outcomes for either option based on the scientific evidence. Chrcanovic and colleagues9 concluded in a recent systematic review and meta-analysis that smoking negatively affects outcomes of implant treatment.

The clinician must also assess pulpal and periodontal status as well as bone quality. If adjunctive procedures such as grafting and bone augmentation or sinus lifts are needed, they may preclude favorable outcomes for dental implants and instead favor tooth preservation. Other factors affecting decision-making processes include the age and gender of the patient, the intended tooth function, occlusal scheme, directional forces based on the tooth location, and parafunction.

For proper treatment planning, the restorative dentist must carefully assess the quality and quantity of available tooth structure and integrate all risk assessment variables to anticipate the final restoration prior to beginning endodontics. When all other patient factors are acceptable, the decision to retain and restore a severely damaged tooth is ultimately based on the capacity to preserve intact coronal and radicular tooth structure and to keep adequate cervical tissue so that a ferrule effect can be provided, which is critical for optimizing the biomechanical behavior of the restored tooth.

First described by Rosen10 in 1961, the ferrule effect involves use of a 360° metal collar on the crown that surrounds the parallel walls of the dentin. The collar extends beyond the gingival margin and coronally to the shoulder of the preparation. This results in the bracing of the crown over the tooth structure’s increased resistance form, reduced internal tooth stresses, and protection against fracture. Optimal requirements for the ferrule effect so that an improved prognosis can be gained include healthy dentin circumferentially extending 1.5 mm to 2 mm coronally to the margin of the crown, thereby requiring 5 mm of tooth structure coronal to the alveolar crest.

It is generally presumed that the dentin wall supporting the core should have a minimal thickness of 1 mm; however, few studies actually confirm this. If the clinical situation does not permit an ideal circumferential ferrule, an incomplete ferrule (of at least 180°) is considered a better option than no ferrule at all in providing fracture resistance for an endodontically treated tooth.11-16 When insufficient coronal tissue remains, orthodontic extrusion or surgical crown lengthening may provide an adequate clinical crown length and ferrule height. Orthodontic extrusion is preferable because it preserves more tooth structure, has less adverse effects on esthetics, and ensures a more favorable biomechanical behavior. Unfortunately, this extremely predictable and economical procedure is a dying art in an era when all too many teeth are simply extracted for eventual implant placement. Even so, when restoring teeth that have lost substantial hard tissue, it may be necessary to create a ferrule in the form of a beveled preparation margin, even at the expense of remaining tooth structure.

There has not been enough study on the ferrule effect on multirooted teeth to offer definitive conclusions. The ferrule effect is just part of the overall, complex equation for success; the choice of a post-and-core system, cement luting agent, and final crown substrate are also significant factors.

The loss of structural integrity is a primary reason why endodontically treated teeth can be more prone to fracture. To preserve tooth structure, the clinician must take great care in performing access preparation, especially when searching for calcified canals. Over-instrumentation of root canals may result in root fractures.17

The operating microscope has become a necessity for conservative endodontic access. Perrin and colleagues18 evaluated the influence of loupes and microscopes in endodontic therapy and concluded that only the dental microscope enabled significant visual enhancement of root canal anatomy, irrespective of the dentist’s age.

Sealing off the access is essential in preventing the bacteria from saliva from infiltrating the canal system.19-21 Ferreira and colleagues22 concluded that using a dental microscope while performing mechanical cleaning during post space preparation helped improve the bond strength of fiber posts to dentin. The endodontic–restorative connection is synchronized and simplified with the dental microscope by either immediate post space preparation followed by post-and-core placement or immediate placement of a core material.