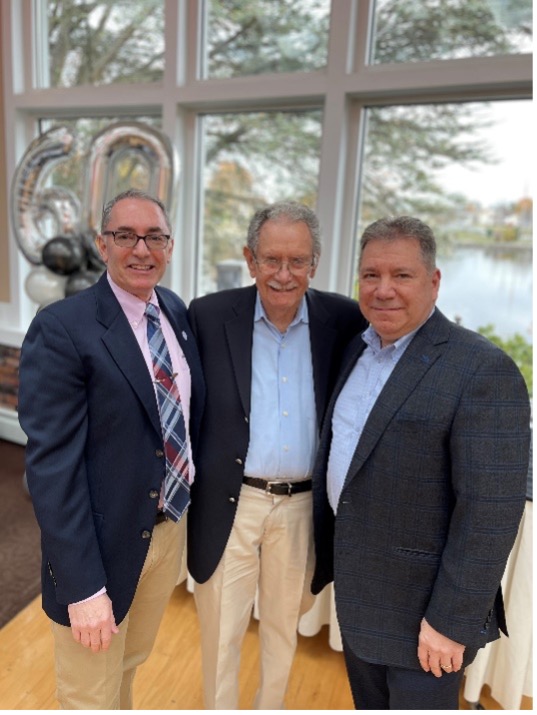 Started in 1962, Town & Country Dental Studios (T&C) operated a dental laboratory which supports dentists across the New York Metropolitan area from Manhattan (Town) and beyond (Country). Opened by Barry Lampert who had previously served in the US Army where he was a member of the Dental Laboratory Department and then a graduate of the NYC Community College with a degree in Dental Technology. He and his partner at the time began operations in Hewlett, NY. They later moved to Freeport, NY in 1968. The lab now spans over 15,000 square feet in a unique waterfront location. Along with Barry, there is a dedicated team of dental technicians and staff, many of whom have been with the company for decades. These include two sons, David, and Stephen. Both have been with the company for over 30 years.

“It’s a true gift to work with family, not just mine, but many of our staff are also related to each other. This offers a comfortable work atmosphere and brings me much joy and a sense of accomplishment and pride” says Barry Lampert.

Over the last 60 years, T&C has participated in the successful introductions of such groundbreaking products like PFM alloys, Captek, Empress, Emax, Procera, and their SIMPL Implant Restorative System. The lab also was an early adopter of digital production offering in-house scanning and milling systems. T&C also helped bring the Cadent Itero IOS System to the dental industry. They are now embracing the newest 3D printing systems and beta testing printed dentures.

T&C has been involved with the industry as long-term members of the NADL, CAL Lab, DLC, DLANY, as well as being a founding member of TEREC NA. Barry and David have both held leadership chair positions with the TEREC group. In addition, they have supported charitable programs such as the Dental Lifeline Network and the Henry Schein/Alpha Omega Holocaust Survivor Oral Health Program.

T&C continues to see a bright future for the dental lab industry, and we look forward to more milestones to come.