Spokane, WA – The management and staff at the Aurum Group announced that Dr. Brent Davis of Cranbrook, British Columnbia, has won the grand prize in the “Trip to the Summit” Draw at the recent Pacific Dental Conference Meeting in Vancouver.

Davis received a package of registration fees and accommodations for two at The Dental Technology and Business Growth Summit 2015, which will be held October 1-3 at The Banff Centre in Banff, Alberta.

The summitt will feature Chris Hadfield (Astronaut and First Canadian Commander of the International Space Station) and Arlene Dickinson (CEO of Venture Communications and YOUINC.COM and "Dragon" on TV’s Dragons’ Den) as keynote speakers. They will be joined by a diverse group of opinion leaders on applied dental technology and the art and discipline of entrepreneurism. 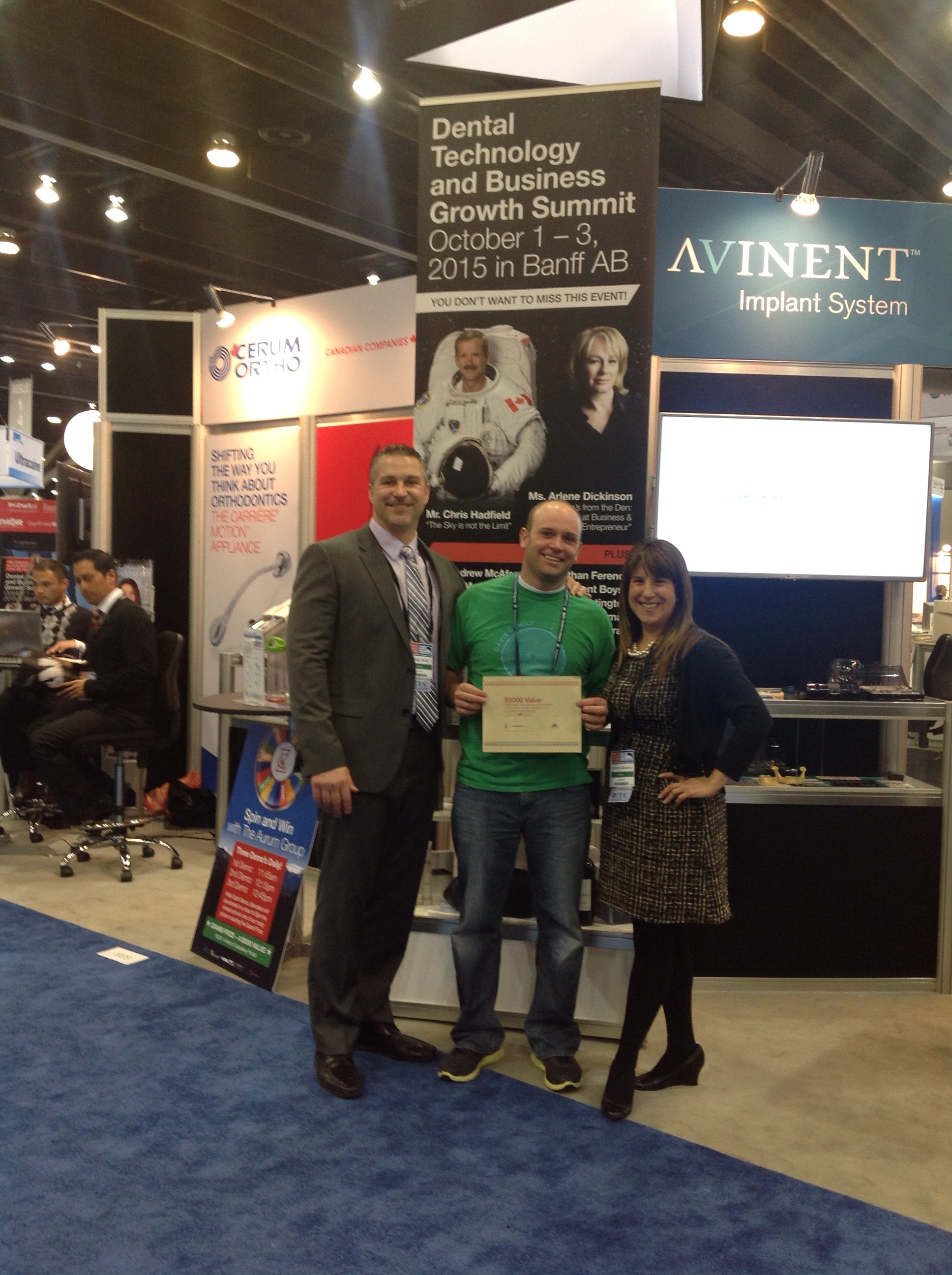