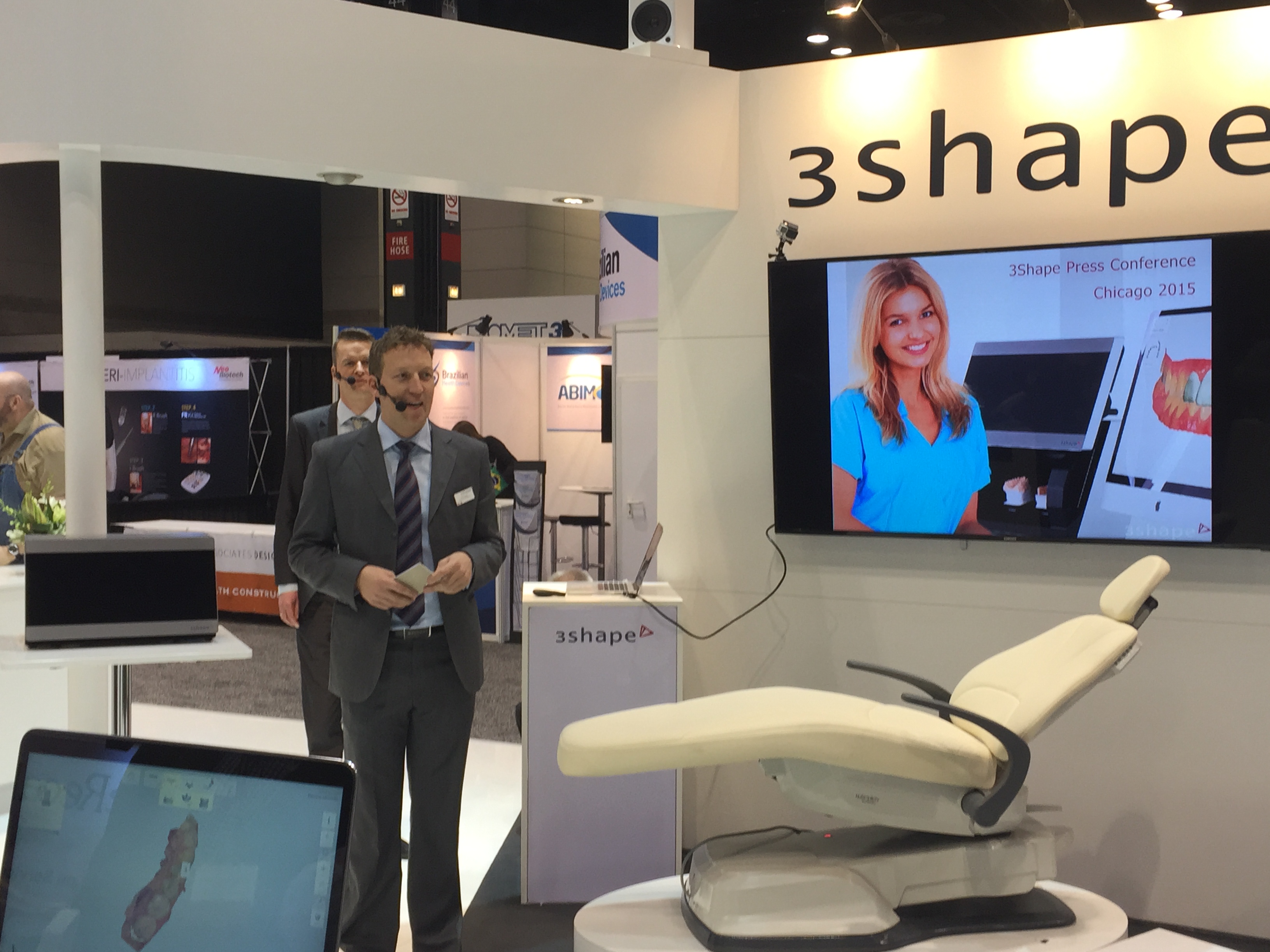 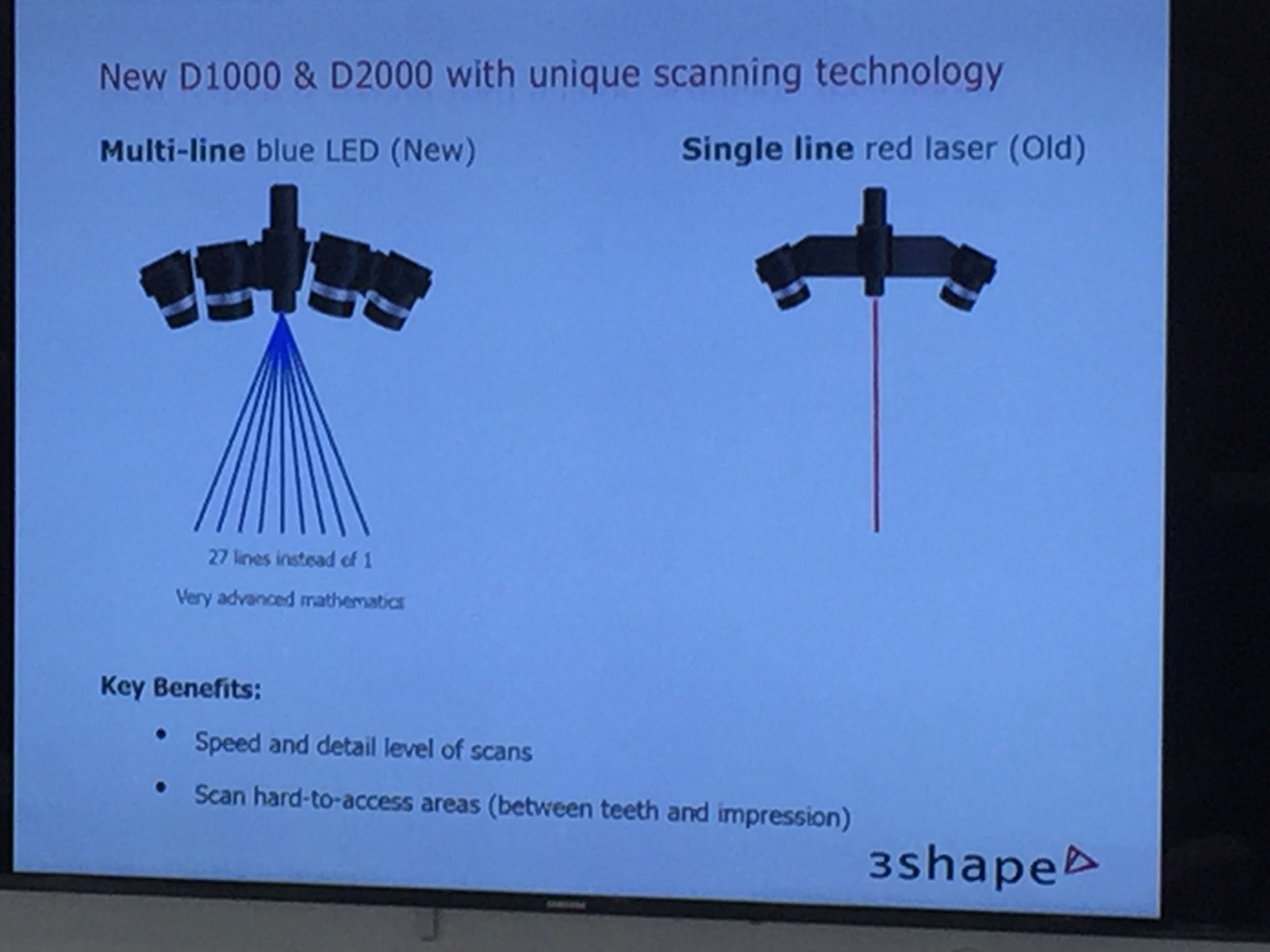 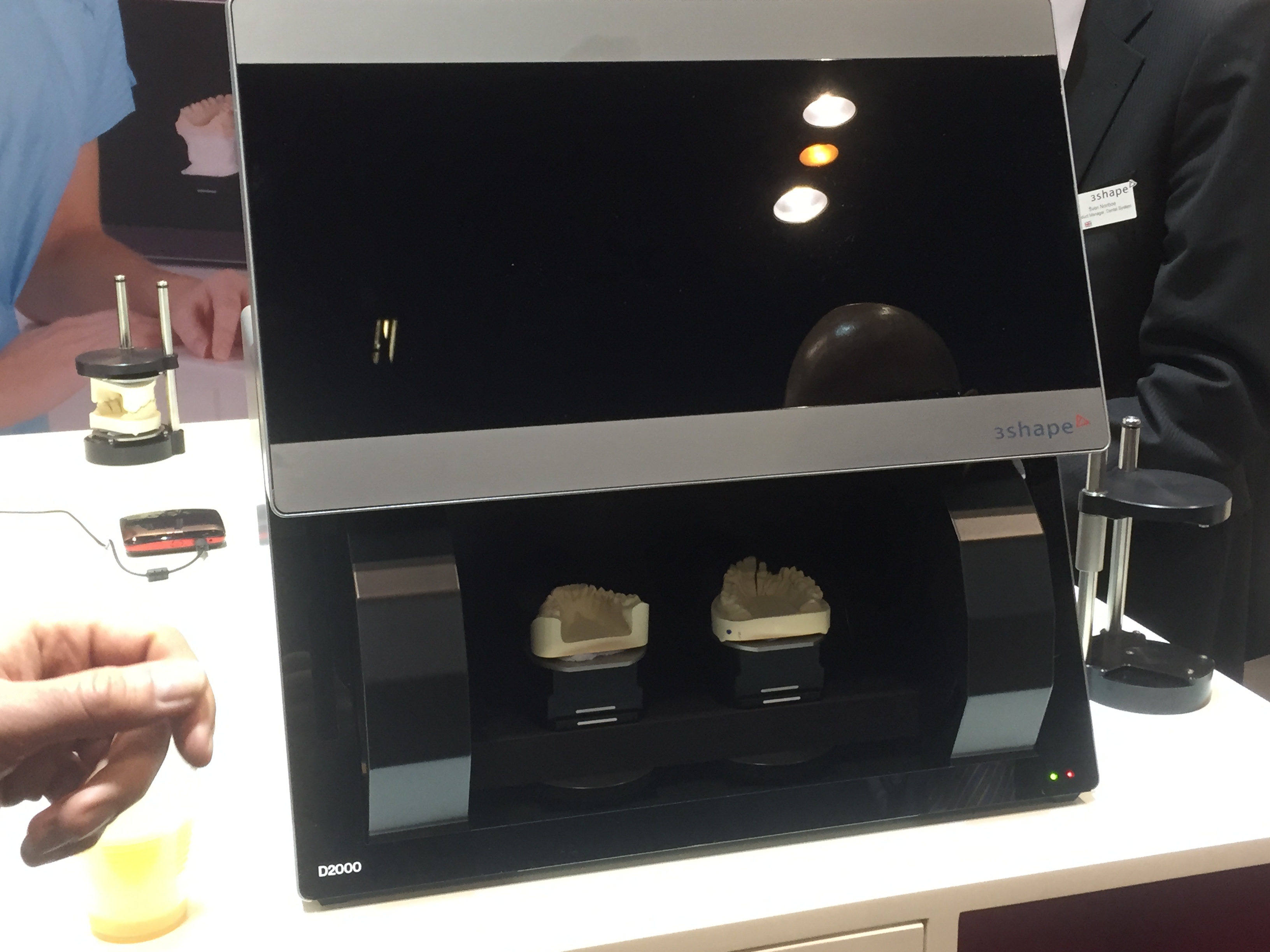 The new versions of the D-series benchtop scanner are the D750 and D850, which are major upgrades of the former D700 and D800 scanner models. The two, along with the presently available D900L, now feature a new technology platform combined with a larger interior space and blue LED for reduced scan noise.

The D2000 benchtop scanner includes several other new features like, “All-in-One” scanning and a large interior with room for two models.

All-in-One scanning and the D2000’s large interior enable dental technicians to capture both the upper and lower models, all inserted dies, and occlusion information in a single scan. Both the D2000 and D1000 scanners can ”see” around dies in the model so that there is no need, in most cases, to remove dies during scanning.*

A process that can eliminate four out the five workflow steps used to scan e.g., a 3-unit bridge. And reduce workflow steps to result in a handling time-savings of up to 40% for dental labs.

“We are excited to bring our new and updated scanners to the dental lab market. The increased scanning speeds and accuracy provide a terrific time-saving solution for high production labs working with all types of indications, including advanced restorations,” says Flemming Thorup, president and CEO, 3Shape.

“Dental System™ 2015 demonstrates our commitment to providing innovative digital solutions for dental labs that significantly increase productivity and the range of services they can offer,” Thorup says. “The 2015 release delivers more opportunities for labs to grow their product portfolios and serve more customers.”

Dental laboratories and dental practices use Implant Studio for prosthetic driven digital implant planning and surgical guide design. Implant Studio merges, within the software, cone beam (CBCT) images with intraoral 3D digital impression files. As a result, dentists and dental laboratories are able to evaluate the clinical situation digitally, including the assessment of bone density and nerve positions prior to implant surgery.

Dental laboratories are then able to design as well as manufacture restorations and implant components, such as temporaries, crowns and abutments based on Implant Studio’s™ planning information. Labs can also design and print surgical guides using Implant Studio. Surgical guides are then used by dentists to direct drilling during implant surgery.