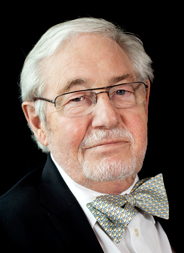 Per-Ingvar Brånemark, an orthopedic surgeon and research professor known as the "Father of Modern Dental Implantology," died Dec. 20 at age 85.

Brånemark, from Sweden, is credited with the discovery of osseointegration. He introduced it to North America in May 1982 at a conference in Toronto.

"Professor Brånemark was a giant, brilliantly scientific intellect, embodied in an equally large compassionate heart. His caring focus was always on the patient," said Dr. Edward Sevetz, Jr., Past President of the Academy of Osseointegration, in a statement. "His breakthrough discovery of osseointegrated titanium benefits patients throughout the world, and will forever benefit mankind."