A more precise understanding and definition are key to improving diagnosis

Oftentimes, medications are reflexively prescribed to treat patients' medical conditions when they are actually symptoms of other problems that are going untreated. This regularly occurs in situations involving patients with airway problems, a fact that underscores the dysfunction of our medical system. Addressing the root cause provides an opportunity to prevent an underlying airway problem from negatively impacting other systems in the body. Upper airway resistance syndrome (UARS) is an airway condition associated with many debilitating disorders, and it is commonly overlooked as a root cause.

UARS, a sleep-related breathing disorder (SRBD), was first identified by Christian Guilleminault in 1993. It is characterized by a narrowing of the airway, which causes increased breathing effort, cortical arousals, and interrupted sleep. Symptoms of UARS can include unrefreshing sleep, chronic fatigue or sleepiness, chronic insomnia, difficulty concentrating, fibromyalgia, chronic pain, bruxing, temporomandibular disorder, irritable bowel syndrome, lower back pain, tension headache, atypical facial pain, noncardiac chest pain, palpitations, dyspepsia, dizziness, post-traumatic stress disorder, anxiety, depression, and panic disorder. UARS is an SRBD that presents with an apnea-hypopnea index score of less than 5 with accompanying symptomology. Although cortical arousals, which result from increased inspiratory flow limitation (IFL), are assumed to be the main culprit, even without an arousal, IFL can activate the sympathetic nervous system (SNS) and trigger the above medical conditions, thus satisfying the criteria for a UARS diagnosis.

UARS is frequently accompanied by cortical arousals but always by sympathetic activation. Guilleminault observed that UARS can exist in the absence of cortical arousals; therefore, it is likely that sympathetic activation is the root cause of the symptoms. In people who have a low threshold to maintaining homeostasis, a small IFL can activate the SNS without an arousal.

An IFL can activate the SNS in multiple ways because it triggers pressure changes in the nasal cavity, pressure changes in the esophagus, and increases in the forces necessary for the lungs to overcome the resistance. Visceral afferent fibers from cranial nerves 7, 9, and 10 relay sensory information in these areas to the solitary nucleus in the medulla oblongata and play a major role in homeostasis.

Messages from the solitary nucleus can be relayed directly to the amygdala, which connects to the hypothalamus and activates the SNS. In addition, the sensory messages can be relayed to the reticular formation and then to the ascending reticular activating system, which can elicit a cortical arousal and also activate the SNS. Whether the sensory input from the vagus nerve stimulates the amygdala and hypothalamus in the limbic system or the neural messages traveling up the ascending reticular activating system provoke a cortical arousal, both of these pathways are equally capable of triggering the activation of the SNS, which leads to a release of catecholamines, including adrenaline.

Treating UARS may be the key to ameliorating many debilitating medical problems with root causes that have not yet been established; however, determining a more precise and universally accepted definition for UARS diagnosis is the first step needed toward optimizing our patients' overall health.

Steven Lamberg, DDS, is a diplomate of the American Board of Dental Sleep Medicine and a scientific advisor at the Kois Center in Seattle, Washington. He maintains a private practice in Northport, New York. 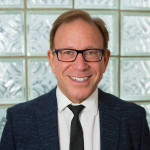