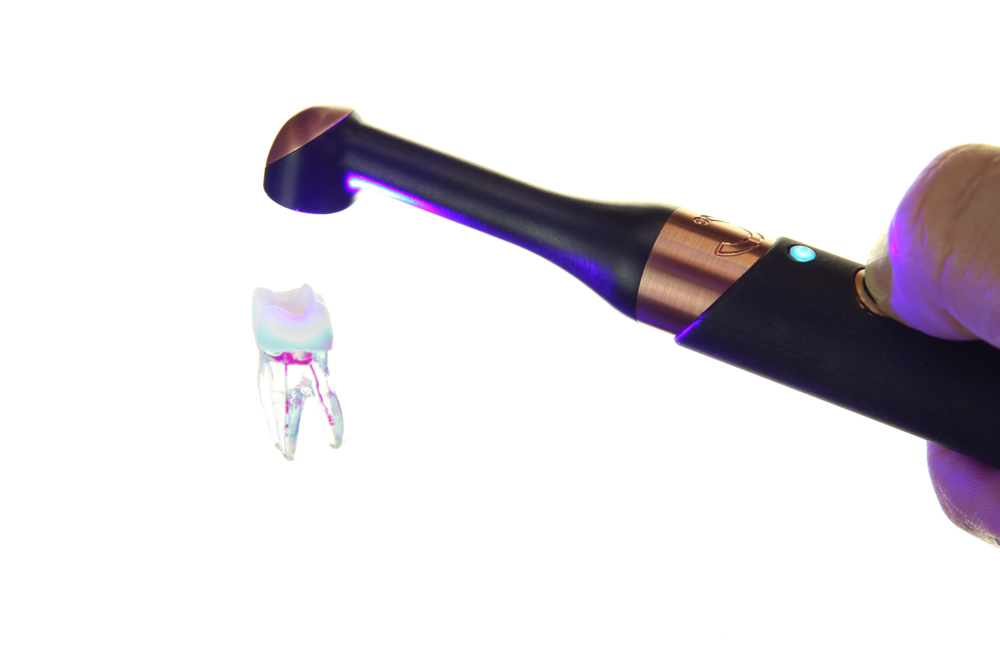 Detailed features and virtual demos for Monet laser curing light can be found at www.amdlasers.com or call +1-866-999-2635.

AMD Lasers has been leading the development of diode laser systems in dentistry. Its Picasso™ diode lasers are widely used for daily dental procedures over the past decade. Building on diode laser technology, the Monet laser curing light features.

1) Curing depth of 8mm in composites in 3 seconds.

3) Coherent collimated beam with a beam diameter up to 12mm.

4) Beam intensity does not decrease with distance.

Monet curing light has been evaluated by independent third parties and proved for the features and benefits as stated.

“We invented the first LED curing lights 20 years ago and it benefited dentistry greatly. We have considered all the key requirements for a curing light and implemented the requirements in this new development. Monet laser curing light resolves critical issues that existed in LED curing lights. It is a revolutionary change for dental curing.” said, Dr. Densen Cao, PhD, President of AMD. “Monet laser curing light will make dental curing easier, faster, and better. The Monet curing light units are manufactured in our West Jordan, Utah facility and our operations teams have been working diligently to meet the high demand from the customers for this revolutionary product.”

The AMD Lasers, Inc. (AMD), a subsidiary of the CAO Group, Inc. is a world leading company in diode laser technology in dentistry. Innovations of AMD has contributed to widely use of diode lasers in dentistry. For more details, visit www.amdlasers.com.