How History Is Shaping the Future

Looking to the past as the profession moves forward

Steve McGowan recalls a dental laboratory conference in the late 1980s. Amid spectacular booths and well-dressed dental technicians, Willi Geller walked through the crowd as if parting the seas; all eyes were on him. "It was like seeing Paul McCartney," says McGowan, the owner of Arcus Laboratory in Kenmore, Washington. Geller, Ernst Hegenbarth, Claude Sieber, Klaus Muterthies, and others were like rock stars because the dental laboratory technology profession was revered. Technicians were brilliant artists who had mastered form and function, earning respect from their clinical peers. "It was all of that, and also the professionalism," McGowan says. "Being a good dental technician is incredibly difficult and valuable. You need to have a strong grasp of all the materials you use, of all the processes you utilize, and of the clinical side of dentistry. That takes a lot. The rare people who can do it are underappreciated today, but our predecessors in the 1950s faced many of the same struggles, and the leaders in the profession pushed through to elevate it."

Whether history repeats itself or not, a profession that may be at a turning point in its history can learn from the past. In dental technology, the tools of today's era may be different, but the attitudes and philosophies do not need to change. "The high watermark for dental technicians seems to have been in the 1970s and early 1980s," McGowan says. "Statistics are difficult to find, but many accounts indicate that the number of technicians per 100,000 people, number of technicians per dentist, and average wages were significantly higher around that time." McGowan traces the start of that era to what he calls a "British invasion," similar to the musical phenomenon of a decade earlier. "When I first read about the history of dental laboratories, I was struck by the fact that the profession in the US was almost exclusively American until a certain point," he says. "The big evolution occurred when the dental laboratory field was exposed to international influences. The international dental laboratory field seemed much more advanced and really pushed us forward."

Legendary British dentist John Walford McLean, OBE, promoted an appreciation for the value of dental technicians, and his disciples—such as John R. Hubbard and Michael I. Kedge, among others—headlined dental meetings around the world. "He did so much for our profession," McGowan says of McLean. "He promoted dental technicians and dental technology. When I first started attending dental meetings in the late 1970s, there were long lines just to see these British dental technicians, and it was largely due to Dr. McLean's influence." In the 1980s, European technicians such as Geller and Hegenbarth continued that upward trend. "Ernst was a master technician who had his hand in everything," McGowan says. "He owned a commercial dental laboratory as well as a manufacturing business. He wrote a book. He just did everything, and he was so incredibly smart. Ernst, Willi, and Claude traveled all over the world, and they could meet with CEOs of dental companies one day and with dental technicians pouring models the next. They really spread the popularity of dental technology." Around that time, influence spread from Asian dental technicians as well, including the 1985 publication of the seminal "Metal-Ceramics," by Makoto Yamamoto. "When that book came out," McGowan says, "it knocked my socks off. It illuminated this whole other world that I did not know existed."

Much has changed since those days. While there are still dental technicians who receive the McCartney treatment at industry events, the commoditization of dental restorations and digital technology have created a changing dynamic. "Who is coming into this profession? Who is owning laboratories? These things are changing quickly," McGowan says. "I still believe all the same fundamental skills matter, but I am not sure how many others do. So many technicians now call themselves designers and make teeth by pushing a button. They select a library that they like, they push the button, and then they morph the library to fit in the open space, but they have no concept of occlusion, soft tissue management, tooth morphology. However, the technicians who do know the whole picture and have those new tools are doing well right now." Indeed, McGowan believes the profession is approaching—or perhaps already at—an inflection point of sorts, and that looking to the past can help shape the future. "I am a firm believer in history," he says. "In order to know where you are going—not just in a profession but in all parts of life—you need to know where you have been. It really means a lot."

McGowan recommends that all dental technicians read Robert J. Rothstein's 1958 book "History of Dental Laboratories and Their Contributions to Dentistry." His passion also inspired the Inside Dental Technology video series "History Shapes the Future," hosted by Editor-in-Chief Peter Pizzi, MDT, CDT, which will run throughout 2023 at insidedentaltech.com. "As I learn more about history, I develop more reverence for the profession," McGowan says. "Learning about the struggles people have gone through to get where we are today creates more respect for what those people have done for us. Many of these leaders are aging out of the profession—or already have—and hearing their stories is important. The history and the stories matter. As the late media scholar George Gerbner said, ‘We experience the world through stories. Whoever tells the stories of a culture defines the terms, the agenda, and the common issues we face.' Too many new technicians who are coming into the field do not have a clue about our history." Once they learn about their predecessors, dental technicians can look inward in the quest to elevate the profession. "It is up to us," McGowan says. "I really admire the contributions of certain dentists and manufacturers to the profession, but we need to set our own agenda for the future of dental laboratory technology."

Inside Dental Technology polled its Editorial Advisory Board about pioneers in the dental laboratory industry. Following is a small selection of the many responses.

Burney Croll, DDS
"He and Dr. Leonard Kobren have been major supporters of the dental laboratory profession since the 1970s."
-Nicholas Manos,

Claude Sieber
"Claude is well known for his influence on dental ceramics and product development, lectures and hands-on workshops, published works, and inspiring photography. His many accomplishments made him a force influencing dental and other professionals across the globe."
-Renata Budny, MBA, CDT, MDT MS CDT

Willi Geller
"He founded the Oral Design group, which for a long time inspired a high level of precision and artistry."
-Jessica Love, CDT

Ernst Hegenbarth
"He was a master dental technician, wrote books and articles, and had his hands in the manufacturing business. He was also well connected with Dr. John McLean."
-Steve McGowan, CDT

Robert Kreyer, CDT
"I have met and attended courses by the best in the industry over the past 15 years, and he is the most researched, well-read, knowledgeable, and gifted speaker I have met. He is the removables equivalent of Willi Geller."
-Dan Elfring, MBA, CDT, TE

Kamilla Siekierski
"She was the first female dental laboratory owner in the US. Having lunch with her recently was a true honor for me."
-Jessica Love, CDT 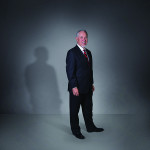 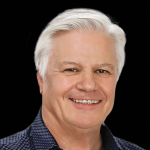 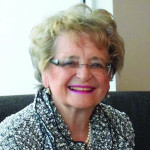