3D Printing Materials and More, Made in the USA

Keystone Industries' President of Dental, Ira Rosenau, still has the original brainstorming sheet from 4 years ago that led to the revolutionary KeyPrint line of 3D printing materials. Not every Keystone product starts with a team brainstorming session, however. Sometimes a Keystone scientist develops a new formulation through experimentation. Other times, a member of the marketing team requests a certain solution. On occasion, Rosenau might simply be inspired by something he reads in a trade journal and request that his team tackle a new project. The common theme is the next step: Nearly all Keystone products are developed, manufactured, and packaged in the USA.

"We have been manufacturing biocompatible UV resins for 25 years," Rosenau says of KeyPrint resins. "We make everything and bottle everything right here."

Since the 1970s, Keystone Industries—which is also a leading manufacturer of cosmetics—has kept its global headquarters in southern New Jersey, first in Cherry Hill and now in Gibbstown, a quiet town just a short drive from Philadelphia, Pennsylvania. Nearly all of the company's products are manufactured at one of those two locations or a third in Myerstown, Pennsylvania. At the Myerstown location, the company's goodwill is on display as it employs approximately 30 adults with special needs to assemble boxes.

A walk through the facility in Gibbstown brings various aromas, from the pleasant bubble-gum smell of benzocaine anesthetic gels to the more pungent nail gels and monomers. There are various tanks for raw materials, color mixing/matching rooms, and bottling systems.

The bulk material for the KeyPrint line is manufactured and packaged in New Jersey; it is then sent to Myerstown for distribution. KeyMill denture discs are made in Myerstown.

Gibbstown, meanwhile, is the manufacturing site for the Enamelite line of ceramic sprays. Keystone acquired Enamelite in 2014 and at first continued to outsource the bottling of the product, but eventually built a state-of-the-art, ultra-safe aerosol room at the global headquarters.

"KeyMill and Enamelite are both examples of us saying, ‘We can figure this out,'" Rosenau says. "We are a strong manufacturing company with skilled engineers, and we used that brainpower and talent to create manufacturing competencies that we did not previously have. We continue to look for more opportunities like that."

Gibbstown is also home to Keystone's 3D printing laboratory, which houses 3D printers from various manufacturers. Rosenau makes the short walk from his corner office past the company's cafeteria and gym to the 3D printing laboratory daily to check in on the team's progress in testing and validating KeyPrint materials for various open-source printers.

Rosenau also has access in Gibbstown to the company's polymer scientists, including Vice President and Director of Cosmetic Research Kevin Sheran, who notes that crossover is not uncommon for Keystone's two divisions.

"Our company at its core is a polymer science company, and there are a lot of synergies," Sheran says. "Cosmetics and dental materials are very similar. Keystone started as a dental company and parlayed that into cosmetics, which drove the rise of our photopolymer development, and now it has swung back to the dental side with 3D printable resins."

Rosenau adds: "We were making millions of pounds of photopolymer every year for nail gel, and that infrastructure—including regulatory compliance measures—proved to be perfect for developing 3D printing resins for dental applications."

The collaborative attitude extends to the non-technical members of Keystone's dental team.

"From the marketing team's enthusiastic approach to promoting the 3D resins to creative sales leaders like Miguel Perez in Germany, who tirelessly pounded the ground to educate consumers about emerging technologies," Rosenau says, Keystone's team jumps in to contribute.

Rosenau himself pitched in to help get KeyPrint parts ready for the Chicago Dental Society Midwinter Meeting.

"Ira is probably the most involved President of a dental company in my 32 years of experience, and that is a good thing," says Derek Keene, Keystone's Vice President of Global Marketing Solutions. "It starts from the top, and it trickles down to the rest of the team."

That passion helped Keystone become one of the first companies to manufacture 3D printable dental materials in the US, and Rosenau's team continues to innovate. 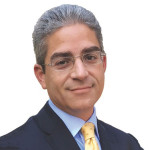