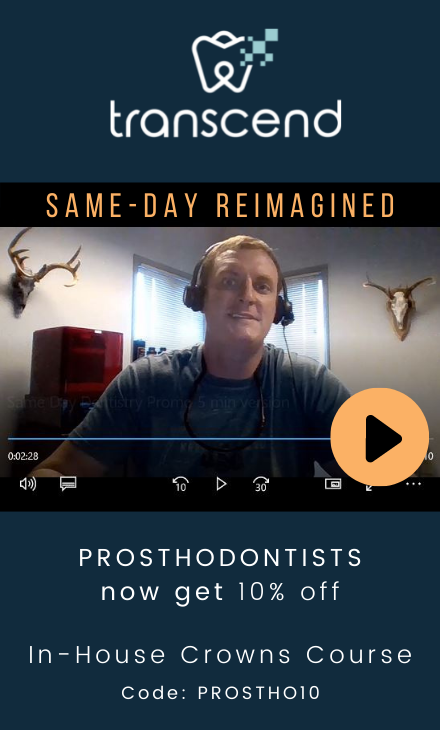 The Rise of CAD/CAM Technology in the Dental Office

CAD/CAM has changed the game for laboratories and dental offices, increasing profitability, reducing treatment times, and delivering better care. Incorporating digital technology into a practice's daily routine, however, requires the dentist's commitment to mastering the imaging equipment and software. A laboratory's ability to help with that process can strengthen the collaborative relationship as well as improve the quality of information in case submissions.

The CAD/CAM process often starts in a dental office with an intraoral impression scanner, a wide variety of which are now on the market. Most are basically similar, with a small piece of imaging hardware placed at the end of a wand that can be easily threaded throughout the mouth. Information captured on the scanner can be enlarged and displayed on an LED monitor for closer inspection. This technology is more powerful than traditional x-rays, as it allows the dentist to capture the nuances of the jaw, gingiva, and teeth to an unparalleled degree.

Intraoral scanners have motion compensation systems that can receive three-dimensional scans of the dentition, estimate a motion trajectory from one scan to another, and then calculate a corrected scan by compensating for the motion trajectory. Estimating the motion trajectory can include one or more of: registering a scan to another scan and determining whether an amount of movement between the scans is within a registration threshold; determining an optical flow based on local motion between consecutive two-dimensional images taken during the scan, estimating and improving a motion trajectory of a point in the scan using the optical flow; and estimating the amount of motion of a 3D scanner during the scan as a rigid body transformation based on input from a position tracking device. Most scanners output the data in STL or DCM format. Various scanners also incorporate different technologies such as 3D video, confocal imaging, and structured light.

While accuracy is the most important factor, intraoral scanning technology is improving in other ways that make it more convenient and acceptable.

Wands are getting smaller and more ergonomic in design—some weigh as little as one-quarter of a pound, making it easier for the dentist to capture some of the more challenging areas of the mouth without forcing patients to open their mouths too wide. As the wands continue to get closer in size to the hand instruments dentists use on a regular basis, intraoral scanning likely will become more appealing to more dentists. Flexible and wireless wands also have been developed.

Some scanners can capture a full arch in 1 minute or less, and for some a digital model file is available in a matter of seconds. As increasingly quicker scans become possible, the digital acquisition process becomes easier for both the dentist and the patient. However, in the author's experience, technique is more important in that regard; the extra time that is required when a scan stops and must be repeated several times is more significant than the difference of a few seconds between different scanners. A laboratory technician who is adept at scanning can help dentists and their staff trim a 30-minute process to only 2 minutes or less with simple training on techniques. New features on certain scanners that help track the scan have made it easier as well, and as this technology continues to evolve, scanning will become much more common.

As the technology continues to improve, impression scanning has become more widely used for different applications. Even scanners that produce proprietary files have modules available to export STL files, which can be imported into implant planning software and merged with DICOM data from CBCT scanners to design and fabricate implant guides. Additionally, for laboratories that fabricate orthodontic appliances, the ability to track the patient's orthodontic records with extreme precision from the first scan through the duration of the case allows easy visualization of what moved, where it moved, and how it moved. The bubbles that are often present on a model are not an issue with scan files.

Technology is advancing rapidly and it is merely a matter of time before speed, accuracy, and size are optimized to better suit the industry's needs. The global market for digital impression scanners has been predicted to grow at a CAGR of 18.30% through 2025, so clearly there is an expectation that this technology will become more prevalent in dental offices. Ultimately, these developments are changing dentistry; embracing them will help us provide the best possible treatment to our patients.