Harness the technology without the hype

No discussion on modern dental technology is complete without touching on intraoral scanners. With such an intense focus on the technology from multiple corporate interests, the intraoral scanner has been pushed into the mainstream. What can we do with the technology, where is it headed, and how accurate can it be? These and many other questions are circulating through the profession. A quick search for answers returns numerous articles, most claiming one system or another to be superior to its competitors. Some proclaim these systems can work for every indication; others that they are too inaccurate for any situation. A great deal of good research exists, however be aware that many studies don’t always use the best testing methods to back up their claims.

The only fact we know for sure is that the intraoral scanner and 3D imaging market has been growing rapidly. In 2015, the market was estimated at $189.1 million with expectations to increase to $310.4 million by 2020.1 Market growth has been triggered by increased interest in the value of 3D imaging, from intraoral scans to CBCT machines. Falling prices and more options have made it easier for dentists to join the digital ecosystem.

Two of the most frequently asked questions coming from dentists focus on how well the scanners work and how easy they are to use. Intraoral scanners have come a long way from the CEREC I in 1985. At that time, the systems were limited to inlays and onlays and had only very basic scanning parameters.2 Today’s systems can scan in color for a variety of indications, take photos, measure shades, and provide instant feedback on clearances, undercuts, and designs. But the essential part of any system—using either a camera or a laser for mapping the surfaces of the oral cavity to generate a 3D image—has remained unchanged from the start.

All intraoral scanners take the images and data they capture and produce a virtual 3D replica that is used to create a model or fabricate a restoration. The industry standard data output is commonly known as an STL file. (Originally created by engineers at 3D Systems as a file format native to stereolithography CAD software, the acronym is also commonly known as “Standard Tessellation Language” or “Standard Triangle Language.”3) An STL file is a texture map of a surface broken down into triangles. The smaller and denser the triangles, the more accurate the surface rendering. In the end, no matter how fine the texture map, there is always a flat edge to a triangle that attempts to approximate a curved surface. The distance from the edge of the triangle to the actual surface is the deviation or margin of error for the file (Figure 1). The greater this distance, the less accurate the scans. One important consideration to note is that STL files simply indicate surface textures; they do not communicate color or any other data, so systems that replicate tooth and gum colors are adding additional layers to the file.

Each scanner utilizes its own algorithms and technology to produce the 3D images. Some systems work without a scanning medium, some need a powder or coating, and still others claim greater speed, but the end result is the same. Each creates a 3D texture map that, at its core, is broken down into individual triangles. Certain systems use a pattern map, where others create a denser mesh on the area of the prep (Figure 2 through Figure 4). The denser the mesh, the more accurate the scan, and the smaller the triangles, the finer the detail for building restorations or printed models.

The 3D mesh is the foundation upon which any other data is built and is used to build restorations or fabricate models. However, the accuracy of the data is also dependent on outside considerations. Technicians and clinicians must consider retraction, managing saliva and blood, patient movement, and operator competency. There is no single, straightforward way to study, research, or test these devices with so many variables impacting the accuracy of the data capture, which often leads to conflicting articles and studies. One study published this year found, “intraoral and extraoral scanners showed similar trueness in scanning-prepared teeth.”4 But another study found that, “with regard to the trueness of scanning, the intraoral scanners were significantly different from the extraoral scanners for all values.”5 With such deviations in the literature, it can be hard to determine what really works.

Without analyzing how the study was conducted, it’s possible to fall victim to reading just the headline and abstract without a proper critical lens. The aforementioned study that claimed a significant deviation between intraoral and extraoral scanners used a scan of a single stainless steel die sprayed with a scanning medium.4 The steel die was a perfect cylinder with a perfect margin and perfect taper—a shape that rarely, if ever, occurs intraorally. The other study that claimed no difference between the scans used a resin typodont based on prepped teeth.5 Upon deeper investigation of the studies, it is possible to see where the discrepancies between the two lie. Even studies that take place in vitro cannot account for operator experience or patient-specific variables like blood or saliva.6 There may be no truly scientific methodology that can control such wide variables and provide an accurate study.

Yet, even with the confusion in the literature comparing the accuracy of intraoral scanners to those digitizing models, a better question may be how much accuracy is necessary. The literature has shown that there is “a clinically acceptable margin gap of 120 μm.”7 Most of the deviations in the studies are well below that threshold, in the 40 μm to 85 μm range.4,5,6 Most dental design software also provides a “cement gap” space, which counts as the exact space the cement occupies but also acts as additional space to make up for just how accurate the scans are. If we were to take a digital scan and produce a restoration without any cement gap spacing, the fit would be so tight there would be no way to fully seat the restoration.

That said, there are limits to just how far the technology can go beyond single-unit restorations. It has been documented that full-arch scanning can be just as accurate with digital intraoral scanners as with traditional impressions when the patient is dentate. However, full-arch edentulous scanning, for either dentures or implants, shows the limitations of the technology.10,11 While the 3D mesh forms the foundation, that is only one aspect to the scan data. Not only does each data point need to be accurate, the scan has to be true across the arch and not distort. Scanners need to account for the occlusal plane and arch form as they scan. If the arch form or plane deviates or the data doesn’t “stitch” together or capture correctly, the possibility for deviation increases from one side of the arch to the other.

Digital scanners were designed first and foremost to scan teeth. The scanners that utilize a laser or visual light to take pictures and stitch images together use landmarks found in one picture to overlay it with the next, in the same way cameras take panoramic photos. If you move your camera too fast or too far off its expected course, the image can distort. The same holds true for digital scanners; if something gets missed or scanned incorrectly, then there is some distortion as you travel across the arch.

While there is evidence that intraoral scanning of the edentulous arch can work at times, it’s not predictable enough to work in all circumstances. For edentulous patients, there are fewer landmarks for the scanner to identify. Smooth tissue looks the same whether it’s on the patient’s left or right arch, and therefore the scanner may not know which part of the arch is being scanned.

Another limitation is the inability of the scanner to accurately capture the soft tissue in the vestibular area. If a cheek or lip moves, the scanner may read that as a new surface and start producing a layering effect (Figure 5). This means that digital impressions are still not best suited for digital dentures and full-arch implant cases. As with any technology, workarounds exist, but there is no one-size-fits-all formula.

Today’s optical, laser, and video scanners are highly accurate when it comes to single-unit restorations. The accuracy of the 3D mesh varies between scanners, but all fall within the clinically acceptable limits. Nonetheless, a system is only as accurate as the user operating it. When an operator has difficulty with the user interface or a technique-sensitive scanning protocol, it can result in more data errors, even using the most accurate scanner, and make the system seem less robust. Being able to recognize these errors when they appear onscreen can help to reduce remakes and build a better experience for the patient, dentist, and laboratory.

Some of the most common errors occur either when data is missing or if there’s a problem when the scanner stitches the images together. When data is missing, it shows as either a hole on the 3D mesh view or the scanner’s attempt to fill in the data (Figure 6). It’s important to determine if the missing data will affect the accuracy of the restoration. If the missing data is below the margin or in an undercut of an adjacent contact, it may not be as critical as if on a large point of contact or if a portion of the margin were missing. If the scanner “guesstimated” a shape in a void near the margin, it may be up to the dentist or laboratory technician to determine if there is enough information to move forward or if a new scan is needed.

Another common issue is inaccurate occlusion on the scan; the bite sometimes may show as open or misaligned. Two issues often cause this problem: one is an abnormal bite; the second is scan data or artifacts that affect the bite alignment (Figure 7 through Figure 9). Sometimes cheek tissue on one arch touches the cheek tissue that was scanned on the other side, and it throws off the alignment. Being able to remove these scan faces may alleviate the issue. Both the dentist and laboratory can take steps to clean up the scanned images to facilitate more accurate bites. For patients with abnormal bites, it can help to scan more of the arch or to provide more reference points to mount the models by hand.

Considering all the positive research and the growing market size, intraoral scanners are not going to fade away. Patients show a preference for digital scans over conventional impressions, and that will drive scanner use forward, especially since the accuracy is as good if not better. But not everything can be scanned digitally, and understanding these limitations will keep remakes and problems to a minimum. Proper training and support are needed to ensure the system continues to deliver precise and consistent results. Used correctly, intraoral scanners make it very easy for all stakeholders to collaborate and work as a team. Only by working together can dental professionals harness the power of this new technology, master its learning curve, and ensure the system works for the betterment of the patient. 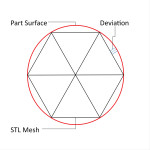