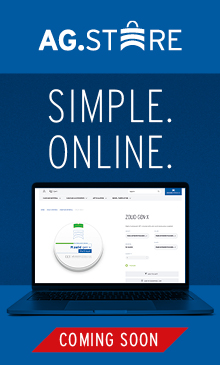 Communication and knowledge are key to maximizing the material’s esthetics

By Sang K. Jun, CDTF, and Michael B. Karczewski, DDS

In Part I of “Utilizing Pressable Ceramics for a Cosmetic Anterior Case,” published in the January issue of Inside Dental Technology, the author demonstrated how to successfully restore the natural-looking esthetics of two anterior teeth that exhibited significant underlying stump color differences. The restorative material chosen to restore the case was IPS e.max pressable all-ceramic material (Ivoclar Vivadent, ivoclarvivadent.us) because the material comes in a wide range of opacities and translucencies and exhibits 400 MPa strength. In that case, a bright MO-0 opaque ingot was used to allow the technician to deal with the dark gingival and bright incisal one-half color differences of tooth No. 7.

In the case that follows, quite the opposite situation is present. Here, the stump color of the anterior tooth is very similar to the final shade of the natural tooth and will require the use of a very translucent pressable ingot to allow the underlying shade to show through. Today’s more versatile pressable materials offer a selection of high translucency ingots that we can tap into in order to create a lifelike restoration. However, as always, the most important ingredients for the restorative success of any case are proper communication between the practice and the laboratory, and the clinical and technical knowledge to understand how to maximize the potential of the restorative materials selected to restore the case.

A female patient in her mid-40s presented with decades-old composite fillings in tooth No. 7. The small composite fillings had become discolored over time and the patient was very unhappy with the esthetics of her smile (Figure 1). The clinician examined the patient and presented a treatment plan to restore the esthetics of the tooth with a full-coverage restoration. The clinician took pictures of selected shade tabs in vertical alignment with the natural teeth prior to preparation to prevent tooth dehydration, which could cause a mismatch in shade selection in the laboratory (Figure 2 and Figure 3).

After the clinician prepared the tooth for the all-ceramic crown, a picture of the prepared stump, along with the images taken of the tooth and shade tabs prior to tooth preparation, were sent to the ceramist with the impression (Figure 4).

Because the stump shade was clean and very close in color to the final tooth shade, the technician chose to press the core with the high translucent IPS e.max HT D3 ingot.

The technician waxed the unit to full contour and then created a cut-back to leave space for the layering porcelain. The wax-up was sprued and invested according to the manufacturer’s recommendations. After pressing, the core cutback was further refined before layering with porcelain began (Figure 5 and Figure 6).

A thin layer of D3 dentin was applied on the gingival one-third (Figure 7), and then BL2 plus 5% of MM yellow orange were layered on the heights of contour to offset the value, which could be lowered later by subsequent firings (Figure 8). The incisal one-third was covered with D3 dentin (Figure 9). MM light and MM yellow orange were used to enhance the internal characteristics of mamelon (Figure 10). T1 and T3 were layered alternately over the incisal edges to create a canvas-like foundation (Figure 11).

This canvas-like foundation layer, which also acts as a bonding layer, was created in order to match the shade of adjacent teeth and harmonize with surrounding dentition. The crown was fired according to the manufacturer’s recommendations (Figure 12).

After firing, a second layer of dentin, one shade darker than D3, was applied on the gingival one-third to recreate the darker shade commonly found in natural dentition (Figure 13). The incisal two-thirds was layered with D2 dentin (Figure 14).

Further enhancement of the incisal two-thirds was undertaken to create internal characterization by applying a layer of MM light and MM yellow-orange (Figure 15). The author then placed a blue translucent layer on the mesial and distal incisal edges and a white blue translucent layer over the mesial and distal line angle areas, found naturally on the contra-lateral side (Figure 16). A cervical translucent material was applied onto the gingival one-third while the incisal two-thirds was covered with a mixture of T1 and OE4 (Figure 17).

After firing, a thin strip of enamel OE4 was layered vertically and TI blue applied adjacent to the layer of OE4 to complement and contrast with each other (Figure 23).

The entire facial was covered with alternating layers of T1 and a mixture of dentin and enamel (Figure 24) to create a halo on the incisal edges as well as create a boundary of the entire unit to the frame. This layer application also serves the very important role of keeping reflecting light from penetrating through the interproximal, which could cause the restoration to appear gray intraorally (Figure 25). The marginal ridges of the lingual were also layered with a mixture of dentin and enamel to create a frosty look (Figure 26). The second firing of the restoration was carried out following the manufacturer’s recommendations (Figure 27).

The final restoration was delivered to the dental practice and placed by the clinician. Figure 28 shows the retracted frontal view of the seated restoration. Figure 29 and Figure 30 show the left and right lateral views and Figure 31 a close-up facial view to demonstrate the shade match of restored tooth No. 7 with the patient’s natural dentition. The patient was very pleased with her new smile (Figure 32).

The continued advancements in material technologies help dental technicians achieve the esthetic excellence demanded by today’s patients. By fully understanding the behavior and indications of the wide variety of restorative materials currently on the market, we can maximize their esthetic potential.

The author thanks Yunmi Jeon for the images and Kevin Lee for fabrication of the lithium disilicate core.