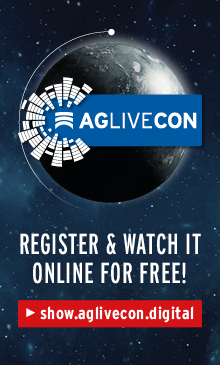 The science behind restorative long-term success and bonding agents.

By Gregg A. Helvey, DDS

One of the elements necessary in developing a working relationship between the laboratory technician and his dental account is sharing information. In previous issues of Inside Dental Technology, the author has discussed such issues as preparation design, selection of restorative materials, and the type of resin cement for all-ceramic restorations based on the elastic modulus. The next element of the restorative process to discuss is the durability of the bonding adhesive, which is crucial to the long-term success of a restoration.

There are numerous generations of resin bonding agents, all of which fall into one of two groups—total-etch systems and self-etch systems. The total-etch fourth and fifth generations of resin adhesives use phosphoric acid to remove the smear layer (the layer of debris that remains after tooth preparation) and remove minerals from the dentin surface, exposing the collagen fibrils and dentinal tubules. This demineralized dentin is then infiltrated with a primer, followed by the application of an adhesive resin to create a chemically engineered bonding interface called the hybrid layer. The self-etching sixth- and seventh-generation systems do not use phosphoric acid, but instead, incorporate an acidic monomer with the smear layer to form the hybrid layer. The hybrid layer is the intermediary layer that bonds the resin cement to the tooth substrate and keeps a ceramic restoration attached to a tooth. But for how long? The integrity of the adherence of the resin to the tooth substrate is one of the determinants for a successful restorative ou come.

The bond strength between a resin adhesive and the dentin substructure will degrade over time.1,2 Although the actual mechanical processes that degrade the resin/dentin bond work slightly differently between the total-etch technique (fourth and fifth generation) versus the self-etching technique (sixth and seventh generation), they also share common denominators. When phosphoric acid is applied to the prepared dentin surface of the tooth, it demineralizes the collagen fibrils, leaving a denuded surface. In an ideal situation, the applied resin adhesive would infiltrate the entire demineralized dentinal surface. However, that sometimes does not happen.3 In the case of self-etching adhesives, i complete resin infiltration can also occur even though these adhesives are supposed to etch and prime simultaneously.4 Studies have shown that total infiltration of resin into the exposed collagen fibrils does not always occur.5,6 That can leave areas of i complete resin infiltration.

There are a number of factors that contribute to bond strength degradation. Some of the obvious factors include continuous occlusal loading (cyclic loading) through chewing and swallowing,7 moisture contamination from inadequate isolation, and improper use of the adhesive materials (technique sensitivity). A more recently discussed contributor to bond degradation is a family of cell-derived proteolytic (protein breakdown) enzymes referred to as dentin matrix metalloproteinases (MMPs). This family of enzymes has 26 identified members with specific functions that include mineralization of dentin.8 However, these enzymes can also have a deleterious effect that breaks down collagen and other extracellular proteins. These dormant enzymes are located throughout the dentin and can be activated by the acidity of the total-etch and self-etch dentin adhesives.9 Once activated, the enzymes can degrade the collagen fibrils that are left exposed and unprotected by resin in the hybrid layer.10

Chlorhexidine, which has been used as a disinfectant in cavity preparation and oral irrigation,10 has been shown to have anti-MMP properties.11 There are studies that have used a variety of etch-and-rinse dentin bonding systems in conjunction with chlorhexidine without any detrimental effect to the bond strength.12-14 Pashley et al15 found that 0.2% chlorhexidine inhibited collagen degradation. Moon et al10 measured the shear bond strength of an etch-and-rinse dentin bonding system with and without the use of 2% chlorhexidine in the bonding procedure. They found a 24% increase in the shear bond strength when 2% chlorhexidine was used. Their procedure consisted of applying phosphoric-acid etchant for 15 seconds and thoroughly rinsing with water and drying to a moist surface. The 2% chlorhexidine was then applied for 1 minute and re-dried enough to leave a moist surface. One coat of Optibond Solo Plus (Sybron Kerr, www.kerrdental.com) was then applied and air-dried for 10 seconds, followed by a second coat and air-dried for an additional 10 seconds. The dentin bonding agent was then light-cured for 20 seconds before the application of a composite.

This described technique has been in place since the fall of 2007 in the Virginia commonwealth University Dental School Clinic and has been shown to stop significant bond strength degradation for at least 14 months.16,17 Breschi et al18 found in their study that the same amount of inhibition of the bond degradation occurred even when the concentration of the chlorhexidine was as low as 0.2%.

The introduction of self-etching dentin bonding agents dates back to 1993.19 One product that is referred to as the “gold standard” for self-etching systems is Clearfil SE Bond (Kuraray, www.kuraray.com).20 This system is categorized by mild acidity (pH between 1.9 and 2.7). Because self-etching systems do not have a separate etching step, there is no opportunity to apply a disinfectant or MMP-inhibiting agent during the actual bonding procedure as found with the total-etch systems. An option suggested by Zhou et al21 in their study modified the two-step self-etching adhesive Clearfil SE Bond with the addition of chlorhexidine using different concentrations that ranged from 0.05% to 2% and found a reduction in collagen degradation. The most reduction occurred with the 2% concentration. Some practitioners might question the practicality of this modification as to the effect of altering the bonding chemistry. In another study, Zhou et al22 confirmed that the addition of chlorhexidine had no adverse effect on the immediate resin-bond strength, provided the chlorhexidine concentration did not exceed 1%.

A different approach to the collagen degradation issue with self-etching adhesives is to use a product that provides a protective barrier. With the addition of pyridinium bromide (Clearfil SE Protect Bond, Kuraray, www.kuraray.com), a 2-µm thick acid-base resistant zone (ABRZ) develops below the hybrid layer. Nikaido et al have referred to this zone as “super dentin” and the thickness of this zone is material dependent.23 Waidyasekera et al24 tested three different self-etching systems and found an ABRZ adjacent to the hybrid layer with Clearfil SE Protect Bond. Clearfil SE Bond did produce an ABRZ but it was significantly thinner. They did not find an ABRZ with Single Bond. Total-etch systems and stronger acidic (pH < 1) self-etching systems cannot produce that resistant zone.

In conclusion, inhibiting the degradation of the hybrid layer is essential for long-term restorative success. If a total-etch bonding system is employed for inserting ceramic restorations, then chlorhexidine should be incorporated into the bonding process. If a self-etching system is to be used then the material selection in producing an ABRZ should be considered.

20. De Munck. An in vitro and in vivo study on the durability of biomaterial-tooth bonds. PhD dissertation. 2004; Catholic University, Leuven, Belgium.

Dr. Helvey is an Adjunct Associate Professor at Virginia Commonwealth University School of Dentistry, Richmond, Virginia, and has a private practice in Middleburg, Virginia.