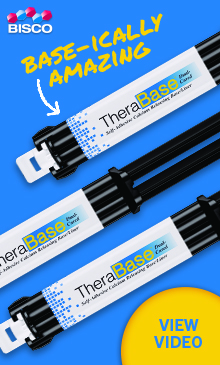 This case report presents a series of steps used to mask/remove hypoplastic white spots in maxillary incisors with the use of non/microinvasive techniques. The spots were removed/masked with the utilization of three techniques to achieve a final smile with enhanced esthetics and with which the patient was fully satisfied. The use of micro invasive dentistry and materials is essential to prolonging the permanence of the tooth in the oral cavity. The associated use of microabrasion, bleaching, and resin infiltrant optimized the final result.

Amelogenic changes that occur in the pre-eruptive period often affect smile harmony. Conditions such as hypoplasia, dental fluorosis, and molar/incisor hypocalcification are examples of clinical disorders that occur during the formation of tooth enamel.1 Non/microinvasive treatment should be selected to maintain the maximum amount of dental structure, especially in young patients. The application of tooth bleaching and microabrasion along with the use of resin infiltrant are, depending on the depth of the white spot, effective to remove it.1-6

The resin infiltrant is a low-viscosity resin that penetrates the intercrystalline porosities of the enamel8 demineralized by a hydrochloric acid gel,1 thus modifying the refractive index of the substrate and making the spot less white and visible. Studies9,10 and case reports5,11 have shown the efficacy of using this material on white spots.

This clinical case report, therefore, aims to describe the sequence of clinical steps of the treatment of hypoplastic white spots in maxillary central incisors by utilizing non/microinvasive techniques.

A 21-year-old female patient presented to the dental clinic with the complaint of white spots on maxillary incisors Nos. 7, 8, and 10. The diagnosis was enamel hypoplasia of unknown cause (Figure 1 and Figure 2).

The optical transillumination of the teeth by the palatal aspect showed that some areas of spotting were sharper and others were more diffuse. Thus, the clinician initially decided to perform enamel microabrasion, due to the low cost of the procedure, and tooth bleaching, which the patient requested, to decrease the contrast between the spots. In case a spot remained, a resin infiltrant (Icon®, DMG, dmg-dental.com) would be applied.

The teeth were in absolute isolation and the lips protected with vaseline jelly. A 37% phosphoric acid paste and pumice at a ratio of 1:1 were then applied specifically on the spots, and a low-rotation rubber point was used to apply pressure for 10 seconds on each spot (Figure 3). Next, the clinician washed the tooth to remove the acid, and the spot was observed on the tooth while wet so it would not be too evident because of the significant difference in the air/tooth refractive index. The procedure was repeated 10 times per session, in two sessions. Finishing was performed with diamond polishing paste and a felt disc, as well as the application of neutral fluoride gel for 4 minutes to aid the remineralization of the teeth subjected to the acid (Figure 4 and Figure 5).

In the third and fourth sessions, the patient's soft tissues were separated with an oral retractor and protected with a gingival barrier to prevent irritation or mucosal injury. A 35% hydrogen peroxide high-concentration bleaching gel (Total Blanc, DFL, dfl.com.br) was applied on the teeth and remained for 40 minutes (Figure 6). The gel was aspirated, the teeth were washed with an abundant amount of water, the gingival barrier was removed, and desensitizer was applied for 4 minutes. The esthetic perception of the healthy teeth/spot coloring improved but the spots were still evident (Figure 7).

The fifth session was to perform the application of the last treatment suggested, the resin infiltrant (Icon), to mask the remaining spots. The specific application of 15% hydrochloric acid for 2 minutes (three applications) removed the enamel surface (Figure 8). The enamel was washed thoroughly with each application. After application of this compound, the white spots were not as evident as they previously had been, which ensured that acid cauterization would no longer be required.

Next, the application of ethanol (99% alcohol, Icon Dry, DMG) for 30 seconds removed the moisture in the enamel micropores so the resin could fill these spaces through infiltration.1

Then, the infiltrant (Icon) was applied specifically on the lesion with the proper applicator (Figure 9) for 3 minutes (two applications). Thus, this material would penetrate more efficiently, reaching the remaining microporosities. After both applications, the infiltrant was polymerized for 40 seconds so it would be retained in the microporosities.

After completion of the treatment, a color improvement of the white opacities was immediately observable, with improved esthetics of the dental elements affected (Figure 10 and Figure 11). At 5 years' follow-up esthetics were still very good (Figure 12 and Figure 13).

Amelogenesis starts in the crown phase of tooth development and basically consists of two stages: secretion and maturation. In the former, the ameloblasts produce a partially mineralized enamel (30%). In this stage, proteins comprise 90%, and water and minerals 30%. The maturation stage, in turn, consists of mineral deposition and removal of organic matter and water.12 This is the most critical stage when exposed to environmental aggressions such as fluorine, trauma, vitamin deficiencies, and others.13 Considering that the harmed cells can no longer be divided, the defect will occur, translating into porous and whitish enamel.

Clinically, however, it is difficult to distinguish whether the enamel is hypoplastic or hypomineralized.14 The deficient formation of the organic matrix during the development of tooth enamel may be called enamel hypoplasia, while hypocalcification occurs at a second phase, during the mineralization of the formed matrix.15

In the present clinical case, the presence of hypoplasia was treated with a combination of techniques to obtain the optimum result. In the past, the treatment choice perhaps would have been the use of microabrasion and/or restoration with composite resin.

Bleaching allows for a decrease in the discrepancy between the white spot and other areas of the tooth affected without tissue removal.16-19 In the present clinical case, bleaching was performed with this purpose.

Different from bleaching, microabrasion removes the superficial layer of the changed enamel, assuming the spot is not too deep. The depth of the spot may be assessed using the transillumination of the light of the photopolymerizer placed in the palatal aspect. The more defined the edge, the more superficial the spot. Conversely, the more diffuse, the deeper the spot.5 Assessing the topography and depth of the spot is essential to increase the predictability of treatment success.19 Thus, microabrasion uses acid and an abrasive agent on the surface of the changed enamel and, through the use of rotary and/or manual instruments, it removes the superficial enamel layer with the white spot. Hydrochloric7 and phosphoric2,4 acids have been described as effective. However, if the use of this technique is not sufficient to remove the spot, application of a resin infiltrant to mask it may be effective, as shown in the present clinical case.

The resin infiltrant (Icon) used in this case allows stabilization of the demineralized enamel without preparation or damages to the structure of the healthy tooth. The material is a low-viscosity photopolymerizable resin composed of triethylene glycol dimethacrylate (TEGDMA), which penetrates within the lesion through capillary forces and creates a diffusion barrier inside and on the lesion surface.8,9 The micropores in the subsurface of the enamel are filled with fluid resin, which, in turn, present a refractive index of 1.46, close to that of enamel (1.62), thus hiding the white spot from the surface.8,9

The improvement in esthetic outcomes is directly related to the combination of techniques, as has been described in the literature.4,5,7 It should be noted that achieving a satisfactory whitening result can be difficult when the teeth show a rainbow effect. Although the entire tooth may become lighter, there still may be differences between darker and lighter areas. In such cases, whitening may not be the ideal treatment.

Thus, the use of the techniques described in this report requires less clinical time, presents low cost, and is a conservative approach.

White spots with hypoplastic changes, as in the present clinical case, can be masked or removed effectively when using bleaching, microabrasion, and resin infiltrant. The latter, in turn, is essential for the final esthetic result. Clinical success is directly related to the choice of technique and material and the depth of the spot.