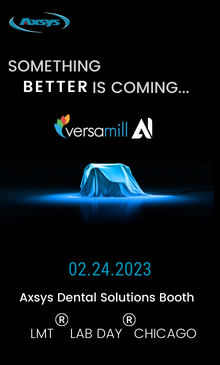 Treatment Considerations for a Full-Mouth Reconstruction of a Transgender Patient

A transgender patient presenting as a female sought dental care with her primary concern being a desire to change the appearance of her teeth. Open initial communication regarding the patient’s gender status helped enable the clinician to gain a more thorough understanding of how medications taken by the patient could affect dental treatment. In this case, estradiol taken in constant doses impeded necessary orthodontic movement of the teeth, and the dosing, therefore, was modified to enhance treatment. The case report describes a full-mouth reconstruction for the transgender patient.

According to a study released by the Williams Institute in June 2016,1 which includes recent federal and state data, the estimated number of transgender people in the United States is 1.4 million. Transgender people may be uncomfortable revealing their identifying gender; thus, a dentist may not know the patient’s status. Use of unbiased questioning on the initial history form can offer patients an opportunity to comfortably discuss this sensitive topic. Having a complete medical history and an understanding of how medications taken by a transgender patient can affect dental treatment may ensure more predictable treatment outcomes.

A 51-year-old male presenting as a female sought dental care as a new patient. The intake record indicated the patient’s name was David; however, under “preferred name” the patient listed “Denise.” During the intake interview she mentioned she was grateful to have the opportunity on the initial history form to reveal her preferred name and thereby broach the subject of her gender history. Her primary dental concern was “to finalize the last piece of the puzzle to my presentation by ‘feminizing’ my teeth.” The patient’s transformation was nearly complete, and the appearance of her smile was important to her. A few months later, her name would be legally changed and her medical record updated accordingly.

The patient listed Graves’ disease in remission and hormone replacement therapy (estradiol, 3 mg/daily) for gender dysphoria.2 In addition, the patient took calcium and a multivitamin supplement.

Periodontally, the patient had a history of bleeding gums when brushing or flossing and a family history of periodontal disease. From a biomechanical standpoint, cavities had been an issue during the past 3 years. Functionally, there was a feeling of more than one bite and an awareness of clenching teeth, and the patient reported use of a nightguard. Dentofacially, she felt uncomfortable or self-conscious about the appearance of her teeth and desired to change their shape and color to make them what she considered to be more feminine looking (Figure 1 through Figure 4).

Biomechanical: During the initial examination, teeth Nos. 6, 11, 16, and 17 were found to have carious lesions. Several teeth were identified with structural compromises and questionable restorations. The high risk assessment and poor prognosis for the patient was based on presence of active decay in three or more teeth that, without treatment, would likely be lost.
Risk: High
Prognosis: Poor

Functional: The patient reported having a feeling of more than one bite and needing to squeeze the teeth together to achieve a position of maximum intercuspation (MIP). She did not report feeling that her front teeth hit first or the sensation that the jaw was pushed back when the teeth were occluding. The temporomandibular joint examination and history revealed no joint sounds or discomfort. Though the patient was uncertain how long she had been using the nightguard and how frequently she wore it, it showed no signs of horizontal wear, thus the clinician ruled out bruxism. The patient, however, was aware of daytime clenching and making her teeth sore. She listed no neurologic disorders, such as restless leg syndrome. Based on this analysis a diagnosis of occlusal dysfunction was made.
Risk: Moderate
Prognosis: Fair

Dentofacial: The patient showed full gingival display when smiling. She stated she was self-conscious of her teeth and wanted to change their appearance. With lips in the repose position, central incisor display was 4 mm and canines were level with the upper lip. The occlusal planes were not level and the horizontal gingival planes were asymmetrical.
Risk: High
Prognosis: Fair

The primary treatment goals were to establish the patient’s desired esthetic outcome and decrease functional, periodontal, and biomechanical risk.

The patient was asked to bring in pictures that she felt were esthetically pleasing. She provided several historical photographs of herself as well as other smile images she found attractive. The pictures of teeth of celebrities that she found appealing showed central incisor dominance, ovate laterals, and triangular-shaped teeth. Due to minor scalloping and flat gingival architecture, the patient was informed her teeth would have to be more rectangular in shape at the gingival margins to avoid producing unsightly black triangles at the gingival embrasures. After discussing these details with the patient, a final esthetic treatment plan was developed.

The final treatment plan included central incisor dominance and smaller lateral incisors that appeared feminine and appealing to the patient. The teeth would be more rectangular in shape, but with rounded proximal incisal edges to soften the appearance. In reality, there is no reliable study establishing actual differences between teeth of males and females3-5; therefore, the opinions and desires of the patient should be taken into account to ensure optimal dental esthetics for each individual.

The first phase of treatment included caries control and periodontal stabilization. Decay was removed on teeth Nos. 6 and 11, which were restored with direct composite. Teeth Nos. 4, 13, 16, and 17 were extracted. The patient was educated about the causes of tooth decay and the importance of rebalancing the pH of the mouth.

She was placed on a caries control program initially using Clinpro™ 5000 (3M ESPE, 3m.com) twice daily, in lieu of her usual toothpaste. Dietary changes were recommended, including avoiding acidic beverages, and fluoride varnish was applied at recare appointments.

Periodontal stabilization was achieved with gross debridement, home care review, and four quadrants of root planing and scaling. Periodontal maintenance was then initiated at 3-month intervals.

In the second phase of treatment, orthodontic therapy was used to level the planes of occlusion and improve arch form. Orthodontic treatment was initiated after the removal of teeth Nos. 4, 13, 16, and 17. Despite the orthodontist using extra-heavy-gauge wire, wires kept breaking and the teeth were not moving at the usual rate, with tooth No. 14 being the most difficult to move. After some deliberation, the orthodontist suggested that the hormone therapy could be interfering with tooth movement. The patient was referred to an endocrinologist, who determined that the constant levels of estradiol were interfering with bone resorption and formation.6-8 The dosage of estradiol was changed to 2 weeks on the medication followed by 2 weeks off. The teeth then began to move,8,9 and orthodontic therapy was successfully completed (Figure 5).

Six months after completion of orthodontic treatment, a Kois deprogrammer was delivered to the patient and used to determine a comfortable and repeatable orthopedic position. Study casts were made and a Kois dentofacial analyzer and mounting table were used to mount the upper cast on a Panadent articulator (Panadent, panadent.com). The Kois deprogrammer was then used to capture the interocclusal relationship in centric relation.

The third treatment phase involved esthetic and restorative therapy. Initially, the restorative plan was to place restorations on all upper and lower teeth, from first molar to first molar. After orthodontic treatment, however, the lower posterior occlusal plane was leveled adequately and the need for additive restorations was eliminated (Figure 4 through Figure 6). The upper posterior teeth, through the first molars, were treated with crowns (CEREC®, Dentsply Sirona, dentsplysirona.com). Porcelain veneers were placed on the lower anterior teeth, and porcelain crowns (CEREC) on the lower first molars. The lower canines and premolars were unrestored and structurally sound. The decision was made not to place restorations on these teeth because they were healthy and did not show when the patient was speaking or smiling. Whitening treatment (Kör Whitening, korwhitening.com) was used to lighten them; however, the patient became very sensitive to the treatment and chose to stop whitening.

From the mounted casts, an ideal wax-up was produced to match the agreed-upon tooth display and character. A putty matrix was created from the wax-up and used to fabricate the temporary crowns out of bisacryl resin. Treatment was staged, starting with crown preparation and temporization of all maxillary teeth except the second molars. The lower first molars were also prepared and temporized. The old veneers on the lower incisors were replaced with direct composite veneers.

During placement of the temporary crowns and lower incisor composites, a Kois deprogrammer was used to equilibrate the occlusion to create simultaneous, bilateral, equal intensity contacts from the canines to the first molars. With the patient sitting upright, she chewed on 200-µm blue articulating paper to reveal chewing interferences. She was instructed to bite on 21-µm red articulating paper to show MIP. Any blue marks (chewing interferences) were removed from all teeth except the canines. The red dots were fine-tuned so they were on cusp tips and fossas. The canines were adjusted until the patient could chew comfortably without feeling the canines were rubbing. The incisors were adjusted so the teeth could not hold shimstock, reducing the risk of friction in the chewing envelope.

After each phase of restorative treatment, the patient’s bite was calibrated to the same standard of bilateral simultaneous contact without anterior friction. The patient stated the bite was comfortable; there was no “hit and slide” nor any need to squeeze the bite to achieve the position of MIP.

The patient was pleased with the treatment result (Figure 7 through Figure 10). She was placed on a 3-month recare interval to monitor for home care compliance and caries prevention (CariFree CTx4 Gel 5000, CariFree, carifree.com) and to maintain periodontal stabilization.

A transgender patient transitioning from male to female seeking dental care warrants careful consideration, as was the case with this patient who underwent full-mouth reconstruction. Estradiol taken in constant doses may impede orthodontic movement of the teeth, and varying the dosing to mimic a biological female cycle may enhance orthodontic movement.10,11 Medical and dental history questions should be unbiased to help the patient reveal an accurate history, which can lead to a more predictable treatment outcome. Given that there are no reliable studies available affirming tooth size or shape differences based on gender, it is important for the clinician to understand what the patient desires her teeth to look like.

The author would like to thank John Kois, DMD, MSD, Director of the Kois Center, Seattle, Washington, for his systems of functional analysis, diagnosis, and treatment; and Aki Yashida, CDT, Owner of Gnathos Dental Studio, Weston, Massachusetts, for fabrication of the crowns on upper premolar to premolar and for the final studio photograph.