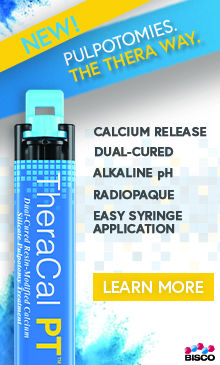 A successful restorative outcome should be evaluated under varying lighting conditions that are representative of the social environments and activities of the patient. Shade matching procedures, therefore, should be performed under daylight close to a window, as well as under room or ambient light in the operating environment.

Value is one of the three basic color parameters and is related to brightness (ie, to the degree of white and black) (Figure 25).

The color of a cross-polarized photograph is converted to a gray scale image by using a generic software program, such as Adobe Photoshop®.

The value of the restoration may be comparatively determined during the shade matching procedure and corrected if necessary within the restorative phase.

Shade matching98-104 between natural teeth and composite materials is the primary objective when creating direct restorations. This involves shade or chromatic mapping, which aims at identification of shade distribution, revealing important color information in two dimensions. Identifying dentin areas of diverse gradation in hue and chroma, the configuration and architecture of the lobes, bluish opalescence, and regions of intense hue are related to this.

Cross-polarized reflective capturing technique is considered the application of choice for chromatic mapping. The cross-polarized technique was described for both analog and digital cameras many years ago.105 Polarized photographs eliminate specular reflections of the flash, which makes identifying shade distribution easier. The photographic equipment is the same (camera body, macro lens, macro flash), but an additional polarizing filtering system is needed. A polarizing membrane sheet is placed in front of the flash lamp, covering the surface. For both the ring flash and twin light, the piece of membrane is split in two to cover the left and right flash lamps, always maintaining the orientation of the sheets parallel to each other. Another piece is placed perpendicular to the other sheets in front of the lens. In this way, the pieces are cross-polarized against each other, creating a matte photographic image (Figure 26).

Accurate chromatic mapping is an essential step for the overall successful shade matching between natural teeth and composite materials.

Clinicians generally are familiar with the equipment and basic photographic techniques and are relatively confident working with digital cameras and dental photography. Updating the indications, optimizing the use of existing equipment, and decreasing overall costs were among the main goals of the authors. The photographic applications are explained in detail and clinicians can use them with any digital camera and flash system. Commercially available polarizing membrane sheets (linear polarizing film sheet) are very inexpensive and ideally suited for the cross-polarizing application. UVA 365-nm glass filters (eg, Schott® Optical Filters, us.schott.com) of 2-mm thickness are available in the market and are indicated for the recording of fluorescence. LED sources for transillumination (eg, Microlux) and LED illumination devices with different light temperatures (eg, Rite Lite 2) are available in the market and may be used for metamerism, translucency, and red-yellowish opalescence. The latter LED device, even though initially intended for clinical application only, can be easily adjusted in front of the digital camera lens for static no-flash pictures.

The described protocol of comprehensive documentation of the optical properties aims to determine differences between composite materials and natural tissues. Practitioners should be able to expand their knowledge of the shade-matching process and learn to distinguish the color elements that can and cannot be controlled during the restorative phase. Hue, chroma, metamerism, translucency, and red opalescence are inherent properties of restorative materials that may be diagnosed but which may not be influenced during the fabrication of direct restorations when a given brand of a composite material is used. On the other hand, value, bluish opalescence, and fluorescence are all considered inherent properties of the restorative materials that may be diagnosed and refined during the layering of materials in direct restorative procedures.

Within the limits of this clinical report, some conclusions can be drawn. Comparative level of luminosity, fluorescence, opalescence, translucency, and metamerism between natural tissues and dental materials may be recorded in daily practice by any clinician by using low-cost equipment based on a simple DSLR camera combined with inexpensive, commercially available add-on equipment. For direct restorations particularly, color elements that influence the overall restorative outcome, such as luminosity, fluorescence, and bluish opalescence, may be optimized because of correct diagnosis during the layering technique.