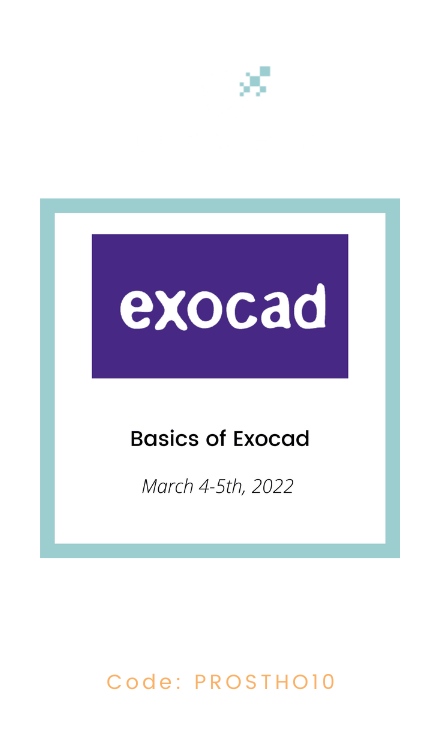 Reconstruction of a patient’s maxillary arch with dental implants is a multi-step process that includes esthetics, phonetics, lip support, bone support, occlusion, medical and dental history, and patient values. This clinical report details the step-by-step process—with a rationale for each step—for one patient who elected to reconstruct a maxillary arch with an implant-supported fixed prosthesis. Diagnosis, treatment planning, and appointment sequence are described, as is the importance of establishing soft-tissue outcomes that enable the patient to properly clean the area.

A 53-year-old woman presented with a maxillary bilateral partial denture supported by the six maxillary anterior teeth (canine to canine). Her chief complaint was an ill-fitting maxillary partial and “pain in her front teeth.” Her maxillary front teeth had mobility and showed a diastema (Figure 1). The six anterior teeth had advanced bone loss and Class 2 mobility (Figure 2). When she smiled, her lip line was low and did not show any tooth surface or the gingival margin. The mandibular teeth had moderate to advanced bone loss. The mandibular third molars were not present.

The patient, a nurse who wished to improve her dental appearance and increase her chewing ability, exhibited a Class 1 bite relationship with no evidence of bruxism. Her temporomandibular joint status was within normal limits bilaterally, with no signs of crepitus or pain. The oral cancer screening was negative, and the patient reported she did not smoke or consume alcohol. The patient’s medical history was unremarkable. She was not taking any medications and her blood pressure was recorded at 120/75.

The patient was informed of several treatment options that included a permanent maxillary full denture, a removable implant overdenture, or a hybrid-type screw-retained prosthesis and a porcelain-fused-to-metal (PFM) bridge. The patient chose the PFM bridge option because she felt it would look and feel like her natural teeth and cost was not an issue. She was informed that this option would require more dental implants precisely placed and could require bone and sinus grafting. Thus informed, the patient accepted that the entire treatment sequence with grafting and implant placement would take approximately 1 year, during which she would need to wear a full upper denture until the final prosthesis was ready for insertion.

Once the patient decided on the treatment, appointment sequencing was outlined and presented. The patient’s remaining anterior maxillary teeth were to be extracted and an immediate denture would be fabricated. The mandibular teeth would be treated with periodontal therapy. Her bite relationship did not necessitate change, eliminating the need for orthodontic therapy. An initial cone beam computed tomography (CBCT) scan would be taken at the appointment for the extractions to determine whether anterior grafting would be needed to support dental implants in conjunction with bilateral sinus grafts, which would require 6 months to heal post-surgery. During this recovery time, periodontal treatment and subsequent healing would be performed on the mandible. At 6 months, implants would be placed on the maxillary arch and the patient would wear the immediate denture for 4 months while the implants healed as a two-stage procedure. After a 4-month healing time, the implants would be uncovered, impressions would be taken, and the various try-in appointments would be made. Soon after the try-in appointments, the final cement-retained fixed prosthesis would be delivered.

After atraumatic removal of the patient’s remaining maxillary teeth, an immediate full upper denture was delivered that fulfilled the needs of esthetics and function for the patient. At this time, a CBCT scan was taken, and advanced bone loss was noted on the scan. The scan had been taken with a radiographic template that represented the desired tooth position.1 With the desired tooth position on the CBCT scan, it could be determined that grafting was necessary to place the implants in a position to support the desired result.2 It was also reconfirmed that bilateral sinus grafting was needed to support dental implants in the posterior maxillary region. The sinuses were grafted bilaterally and the anterior ridge was grafted to increase the height and width of the ridge. Demineralized freeze-dried bone in combination with xenograft was used for both the sinus and ridge grafts.3 The patient wore the denture for a period of 6 months while the grafts healed.

A second CBCT scan taken 6 months after the grafts were placed showed excellent healing of the sinus and ridge grafts. The CBCT data was then used with an implant-planning software program (SimPlant®, Materialise Dental Worldwide, www.materialise.com) to create a plan for implant placement (Figure 3). Pontic areas on implants were avoided to gain a biomechanical advantage and reduce stress on the implants.4 An important concept in the plan was to provide adequate spacing of the dental implants to allow for soft-tissue health as well as easy maintenance of the final prosthesis with cleansable embrasure areas (Figure 4). The literature supports 3 mm of space between dental implants to allow for an adequate bone and soft-tissue blood supply.5

Another important step is to create a plan on the implant planning program that allows the dental implants to be placed in a parallel manner to one another. This is key to reducing stress on the implants, thereby maintaining bone for implant and soft-tissue health.6

Once this plan was finalized, a CAD/CAM milled surgical guide was created based on the implant-planning software’s data.7 This surgical guide was then used to help guide the 12 implants (BioHorizons, Inc., www.biohorizons.com) into the planned positions. This procedure was performed in a sterile field using an electric implant drill with sterile saline. The implants were placed parallel to one another, as was seen on the implant-planning software’s plan (Figure 5). Cover screws were then placed on the implants, and the implants were covered with the flap via primary closure for a healing period of 4 months8 (Figure 6). Continuous interlocking sutures were used for closure. The patient wore the denture during this 4-month healing period.

After 4 months, the dental implants were uncovered and 3-mm healing caps were placed on the implants (Figure 7). Interrupted sutures were used to approximate the tissue and the tissue was allowed to heal for 3 weeks via secondary intention. The patient’s denture was relined and made to fit over the healing caps. After 3 weeks, good healing was seen around the healing caps (Figure 8). The healing caps were then unscrewed and open-tray impression copings were placed on the implants, and an open-tray impression was taken along with a facebow9 (Figure 9). Ideal soft-tissue health was seen around the impression copings.

From the impression taken, abutments were created on the soft-tissue model and made parallel in a dental laboratory (Figure 10). A roundhouse metal framework was also created, as was a laboratory-processed provisional restoration (Figure 11 and Figure 12).

The abutments were placed into the mouth, and the metal framework was tried in for fit and radiographed (Figure 13). The metal framework was then picked up in an impression so that the laboratory could pour it up with stone and create a new working model to finish the case. The abutments were then torqued down to 35 Ncm in the mouth, and the laboratory-created roundhouse provisional was temporarily cemented on the permanent abutments after adjustments were made and checked for esthetics and fit. These steps of trying in and picking up the framework, delivering the final abutments to the mouth, and delivering a provisional were all completed in one visit.10 This sequence offers benefits to the patient and doctor and improves the clinical outcome. An impression was then taken of the provisionals in the mouth, so the dental laboratory could use them as a guide for the permanent restoration.

After a bisque-bake try-in, the permanent bridge was cemented with permanent cement, and a radiograph was taken (Figure 14). The implants were splinted and permanently cemented for the biomechanical advantages of stability.11 The patient’s final smile with the 12-unit cemented implant-borne prosthesis showed good esthetics (Figure 15).

The importance of maintaining an implant-supported fixed prosthesis with proper dental hygiene cannot be overstated.12 This includes oral hygiene therapy by the dental professional and the patient. Unless hygiene of the prosthesis can be convenient and efficacious, health of the tissue will not occur. The proper planning and spacing of the implants is a prerequisite for this to happen.

Oral hygiene protocol for this patient included appointments with the dental hygienist every 4 months for maintenance. The home care regimen included tooth brushing and daily use of a water flosser (Waterpik® Water Flosser, Water Pik Inc., www.waterpik.com). The water flosser allows cleansing around the prosthesis where access is difficult, and it is shown to significantly reduce inflammation and improve gingival health.13-18 For the patient, the ease of using a water flosser and a toothbrush makes it more likely that the routine will be maintained on a daily basis. This efficacious and consistent protocol has led to clinical success for many implant patients.

This clinical case presentation showed the sequence of events involved in reconstructing a maxillary arch with a fixed prosthesis supported by dental implants. The steps of creating an ideal hard-tissue position based on a CBCT scan were shown. By having ideal hard-tissue support, the dental implants could be spaced properly to support soft-tissue health. This adequate implant spacing also allowed for the patient and dental professional to be able to access the inter-implant areas for hygiene purposes. A simplified and effective regimen of brushing and water flossing to maintain the health of tissue around dental implants cannot be overstated. Unless good planning and spacing occurs based on a final prosthetic end position, any hygiene modality will be ineffective.

The author has received honoraria from Water Pik, Inc.