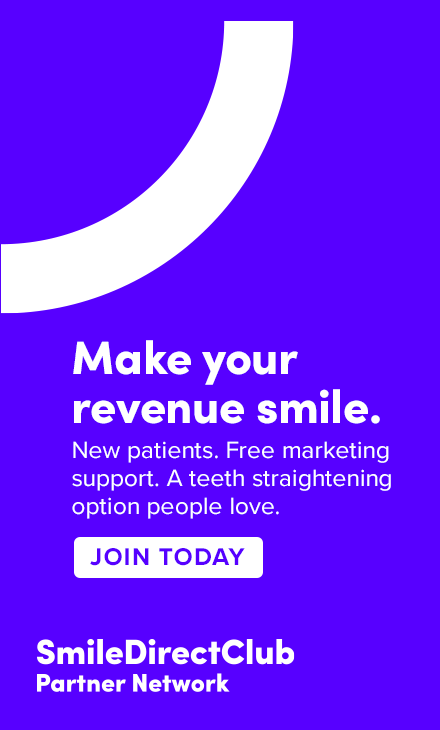 Abstract: Patients sometimes present with functional problems but may not be motivated to improve esthetics. By gaining an understanding of the patient's individual risk factors, clinicians can design treatment so that risk to the entire dentition is decreased while esthetics are improved. This case involved a patient concerned about wear on his upper front teeth and who was interested in the most predictable and efficient treatment possible. After a thorough diagnosis, risk assessment, and prognosis were carried out, an esthetic mock-up was used to play a key role in engaging the patient in both the cosmetic and functional benefits of the proposed treatment. The treatment required alleviation of a constricted chewing pattern and utilized an occlusal splint to protect against potential parafunctional clenching. Vertical dimension of occlusion was increased using minimally invasive methods. Incisal length was addressed additively, and esthetic crown lengthening was used to mitigate excessive tissue display.

In the present case, a male patient was concerned about extensive wear on his upper anterior teeth, but had no interest in addressing issues dealing with esthetics. It was important for the clinician to engage the patient in the treatment, because to be effective the treatment would change the appearance of his smile. There was a need to improve function and achieve precise, simultaneous, bilateral contacts on the patient's posterior teeth and minimize chewing friction on the anterior teeth. The use of an esthetic mock-up and a Kois deprogrammer would prove pivotal to increasing the patient's understanding of the situation.

A 25-year-old male patient presented with a chief concern of wear on his upper front teeth. The patient was particularly aware of the shortening of the upper teeth, thinning of lingual surfaces, and the changing appearance of his smile (Figure 1 through Figure 3). Initially, the patient was not interested in undergoing any esthetic changes to his teeth. Only after hearing and gaining some understanding of his diagnosis did he become interested in not only decreasing his risk but also restoring his smile.

The patient hadan unremarkable medical history and took no medications or supplements. There were no contributory medical conditions and no contraindications for treatment.

The patient claimed no history of periodontal disease or treatment and had very few previous dental interventions. There was one interproximal carious lesion restored within the previous 3 years, and the patient also reported the shortening of his upper teeth and that the lingual sides of the same teeth were "feeling thin."

Notably, he described the inability to get his posterior teeth to touch except by clenching his teeth and moving his jaw back excessively. After discussing this issue with the clinician, the patient revealed that he would often squeeze and clench his teeth while working out regularly at the gym.

Periodontal: Probing depths were less than 3 mm, and no areas of bleeding on probing were found. Bone support was within 1 mm to 2 mm of the cementoenamel junctions, and there were no infrabony defects. No recession was found.

Biomechanical:As noted above, the patient had one interproximal carious lesion within the previous 3 years. A questionable restoration was found on tooth No. 30 (Figure 4). Also detected were minimal signs of abrasion combined with erosion facially on teeth Nos. 19 through 22 and 27 through 30 and minimal to moderate erosion combined with abrasion on occlusal surfaces of teeth Nos. 5, 14, 18 through 20, and 29 through 31. Attrition on anterior teeth Nos. 8 and 9, however, was found to be severe.

Functional:The patient's maximum opening was within normal range (44 mm) with no deviation upon opening. No joint sounds were detected and joint loading testing was negative. Mandibular immobilization testing caused discomfort for the patient. Severe attrition was noted on lingual and incisal surfaces of teeth Nos. 8 and 9, and low to moderate attrition was seen on teeth Nos. 6, 7, 10, and 11 (Figure 5). The lower incisors had moderate attrition. Primary occlusal traumatism with fremitus was found on teeth Nos. 8 through 10.

By combining the functional diagnostic findings with the patient's dental history, which had established that the patient has to squeeze his posterior teeth to gain contact and has to pull his jaw back as well, a diagnosis of a constricted chewing pattern was made. Parafunction also was considered a contributory factor given the patient's admission of clenching during workouts. The risk for a constricted chewing pattern typically would be considered moderate; however, with the patient's daytime parafunction and the severe, active attrition on teeth Nos. 8 and 9, the risk was considered higher.

Dentofacial: During the Duchenne smile the patient revealed high lip dynamics and full display of maxillary tooth height, and gingiva and asymmetrical gingival contours showed as far back as the patient's molars (Figure 1). During lip repose the maxillary teeth were completely hidden from view and the canine was above the lip approximately 2 mm (Figure 2). All maxillary teeth were angled toward the palate and some small spaces existed between anterior teeth in both arches. Because all aspects of any restorative treatment would be fully displayed, the risk for esthetic treatment was greatly increased.

Risk: High
Prognosis: Fair to poor, especially considering the patient's initial reluctance to allow any visible changes to be made to his smile

The first treatment goal was to engage the patient in the need to improve function and achieve precise, simultaneous, bilateral contacts on his posterior teeth and minimize chewing friction on the anterior teeth. The patient would need to be fully engaged in the outcome because any effective treatment would change the appearance of his smile. The use of an esthetic mock-up and a Kois deprogrammer would prove pivotal to the patient's understanding.

The next goal was to maintain the patient's ongoing overall health with sound preventive measures. Functional risk would be managed by relieving the constricted chewing pattern and providing an occlusal splint to protect against potential parafunctional clenching during gym workouts. Vertical dimension of occlusion (VDO) would be increased using minimally invasive methods, as most of the patient's posterior teeth had no restorations. Finally, incisal length would be added to the anterior teeth restoratively, and excessive tissue display would be decreased through esthetic crown lengthening.

The treatment plan and options, including the possibility of orthodontic repositioning of teeth, were discussed with the patient. While in some cases orthodontic treatment can be helpful in aligning and intruding anterior arch segments or repositioning rotated or malposed teeth, in this case the interarch relationship, individual tooth positions, and the arch forms all were acceptable (Figure 3 through Figure 5). Even with the use of orthodontics, restorative treatment would be needed to replace the considerable amount of missing tooth structure. Instead of orthodontics, the choice was made to restore both arches additively with porcelain to increase the VDO and restore length to the worn anterior teeth. The patient was interested in the most predictable and efficient treatment possible.

The patient was educated about the causes of tooth decay, abrasion, and the importance of rebalancing the pH of the mouth. To help address this issue, products were recommended for the patient to use (CTx4 Gel and Cari Free CTx3 Rinse, CariFree, carifree.com). Dietary changes were recommended as well, including avoidance of acidic beverages, and fluoride varnish was suggested at recare appointments.

To execute this plan predictably a repeatable jaw joint reference position had to be established and recorded. Use of a Kois deprogrammer was initiated for this purpose.1

The patient wore the Kois deprogrammer for 2 weeks and noticed that every time he removed the device, his anterior teeth were in contact. At that time an interocclusal record was taken using bite registration materials (LuxaBite and O-Bite, DMG America, dmg-america.com) with the deprogrammer in the mouth to record the repeatable jaw joint reference position. A Kois dentofacial analyzer was used to record the maxillary position, and photographs and vinylpolysiloxane (VPS) impressions on the upper and lower teeth were taken. The casts were then mounted to the articulator in the previously captured reference position (Figure 6).

Based on the photography and observed facial position of the upper anterior teeth, in particular the upper canines, which were hidden approximately 2 mm under the lip in repose,2 it was determined that the incisal edges required addition of approximately 2 mm. Also, the gingival contours from teeth Nos. 3 through 8 would need to be raised 1 mm to 2 mm in order to frame the teeth esthetically in the patient's face and create teeth of average dimensions.3 A diagnostic wax-up was fabricated in that manner (Figure 7) and a silicon mock-up template was made.

At the next appointment, the mock-up was fabricated intraorally to engage the patient in the esthetic and functional benefits of the proposed treatment (Figure 8). This allowed the patient to visualize the extent of the positive change that would occur by going through with the treatment.

Using the wax-up, gingivoplasty guides were made, placed on the patient's teeth, and used to incise the planned gingival heights for teeth Nos. 3 through 14 (Figure 9). A flap was then raised and the necessary osteoplasty was performed to create an ideal, normal crest height and dentogingival complex after healing (Figure 10).4 Tissues healed unremarkably (Figure 11).

During healing from the crown lengthening procedure, the patient wore the Kois deprogrammer for 3 weeks to maintain orthopedic joint function and stability. At the next appointment, the composite esthetic mock-up was placed over the teeth to be used as a preparation guide. A small platform was added to the lingual surface between teeth Nos. 8 and 9 to confirm deprogramming and verify the amount of VDO needed to fulfill the treatment goals (Figure 12). With the mock-up and platform in place the posterior teeth were minimally prepared occlusally and facially on both arches, and bite registration was accomplished with the lower incisors touching the platform repeatably in the same exact spot on the platform (Figure 13).

A new dentofacial analyzer recording was taken against the prepared maxillary posterior teeth for mounting the case at the laboratory. The anterior teeth were prepared for veneers on the mandibular. Maxillary anterior teeth required full coverage to replace the lingual hard tissue lost to attrition. Tissues were retracted using a two-cord technique, and VPS impressions were taken of both arches. Temporary restorations were created from the mock-up using bisphenol A glycidyl methacrylate (BIS-GMA) resin (ProTemp™, 3M ESPE, 3m.com) and cemented with temporary dental cement (Temp-Bond™, Kerr, kerrdental.com).

Provisional crowns were removed and the final restorations were successfully tried in. Adhesive protocols were used for all veneers and overlays using luting composite (Variolink®, Ivoclar Vivadent), and the crowns were cemented using a cohesive protocol (RelyX™ Unicem, 3M ESPE). The second molars received direct composite to create acceptable occlusal contacts. Occlusion was checked and after minor adjustments an impression was taken for a maxillary occlusal splint.

Gaining an understanding of the patient's individual risk factors allows treatment to be designed such that risk to the entire dentition may be decreased. In this case, almost all of the necessary tooth preparations were kept in enamel, which further minimized additional biomechanical risk. The occlusal management and increased VDO eliminated the concerns associated with friction due to the constricted chewing pattern that was contributing to ongoing tooth structure loss. The protective splint, however, was still recommended to safeguard the restorations following any episodes of parafunction during gym exercises. The patient remains on 4-month recare interval for maintenance. The only anticipated liability is the restorations, ie, chipped porcelain, and not the remaining teeth. The patient's periodontal prognosis remains excellent. Biomechanical, functional, and dentofacial prognoses were elevated to good.