Wünsche to Paddle from Bahamas to Florida for Charity 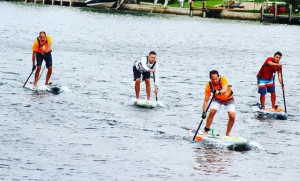 Inside Dental Technology Editorial Advisory Board member Alexander Wünsche will participate next month in an ocean stand-up paddleboard (SUP) endurance event, Crossing for a Cure, to raise money for families of people with cystic fibrosis (CF).

The event will start in the Bimini district of the Bahamas and end in Lake Worth, Florida—a total of approximately 80 miles. The paddle will start around 1AM Saturday, June 15, and is expected to take 16 to 18 hours, though Wünsche hopes to finish in less time than that. Boats will accompany each group of four to five paddlers for safety and support.

Wünsche, who along with his wife, Danielle, co-owns Zahntechnique laboratory in Miami, Florida, has been an avid SUP enthusiast for several years. He has competed in races such as the recent Key West Classic, a 13-mile paddle.

Each participant in Crossing for a Cure must raise at least $1,500 for a CF charity. Wünsche has reached that goal already but continues to seek more donations through his Alex Paddles 4 Life foundation. He has friends in his native Germany who have been impacted by CF, and he was inspired to support this particular cause by a documentary about a surfer with CF whose breathing improves when she is near saltwater.

“That never left my head,” Wünsche says. “I could not participate last year because of a scheduling conflict, but I made sure to mark it on my calendar for this year.” 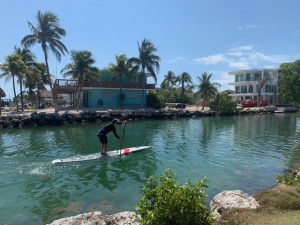 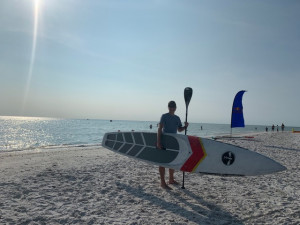