Evolution Dental Science Manager Marches to His Own Drum 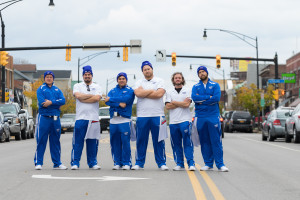 At 6 feet, 3 inches tall, no one would call Oliver Kurzyp of the Buffalo Bills Stampede Drumline a “little drummer boy,” even as this celebratory time of year gets underway. Although, “if all you want for Christmas is your two front teeth,” as Evolution Dental Science’s manager for the production of dental prosthetics (implants, crowns, bridges, etc.), Oliver can grant that wish for you!

For those who enjoy a good, full-blown, old style football game with all the trimmings, each Bills home game offers a unique and upbeat pre-game experience when watching the Buffalo Bills Stampede Drumline perform. Oliver is in his second season as a permanent member of the Bills Drumline, which performs most often as pre-game entertainment for the crowds who come to New Era Field.

Oliver was born on Long Island, NY, and was a member of his high school drum corps at Walter G. O'Connell Copiague High School, as well as the third place winner in the Drum Corps International Championships, a worldwide competition for excellence in drums corps performance.

“When your passions are drumming and football, drumming while being on a professional football field feels like being in paradise,” remarked Oliver. “Some of my best times are performing for Bills fans at tailgate parties and definitely during the excitement of the opening stampede.”

After high school, Oliver attended the University of Buffalo’s music program, and during those years, he also performed with the Empire Statesmen Drum Corps, an all-age, world-class, multi-year, international championship drum corps in operation from 1983 to 2013. Oliver played with the Bills Drum Corps for the first time in 2009, and beginning in 2015, he became part of the permanent assembly of corps members. The Buffalo Bills Stampede Drumline is under the management of Dan English, founder of Downbeat Percussion. Downbeat Percussion is composed of world-class percussionists who thrive on energy, precision, and performance. The group performs for more than 70,000 audience members each week.

Oliver is a first generation immigrant whose parents fled communism in Poland during the 1980s. His family crossed the Atlantic to seek a better life for themselves and their children under the Ronald Reagan era special VISA program supporting individuals seeking to escape communism. Kurzyp himself was born in the United States. He beams when sharing some his favorite moments as a professional drummer performing with country music star, Keith Urban and with the hip hop-famed Rapping Rabbi. 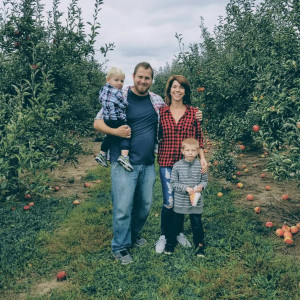 Oliver Kurzyp lives in Kenmore with his fiancé Kaitlynd and their two children, Janek and Paxton.