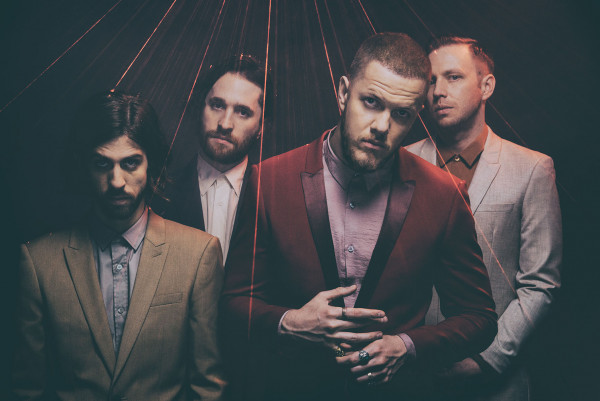 CHARLOTTE, N.C. (April 20, 2017) –Dentsply Sirona World 2017 is approaching and Dentsply Sirona, The Dental Solutions Company™, is eager to welcome Imagine Dragons, one of the most popular and talented bands of this generation, to perform for attendees at the Ultimate Dental Meeting.

The performance, scheduled on Friday evening, Sept. 15, is a private concert and is exclusive to Dentsply Sirona World attendees.

“Imagine Dragons is an extraordinary group of gifted musicians and this exclusive concert offers attendees a chance to let loose after absorbing hours of comprehensive education,” said Vice President of Marketing Ingo Zimmer. “Our organization takes pride in offering not only top-notch education for our attendees, but also offering A-list entertainment and a memorable experience for years to come.”

Formed in 2009 and featuring lead vocalist Dan Reynolds, guitarist Wayne Sermon, bassist Ben McKee and drummer Daniel Platzman, Imagine Dragons earned a grassroots following by independently releasing a series of EPs. After Alex Da Kid signed them to his KIDinaKORNER/Interscope label, the band made its major-label debut with the release of “Continued Silence,” a 2012 EP featuring the two-time platinum breakthrough single “It’s Time.” “Night Visions” arrived later that year and Imagine Dragons found themselves on a skyward trajectory that saw the album debut at No. 2 on the Billboard Top 200 Albums chart, sell nearly four million copies worldwide and became the No. 1 album on Spotify Worldwide for 2013.

“Night Visions”’ second single, the nine-time platinum “Radioactive,” hit No. 1 on the Billboard Rock chart and earned the band a 2014 Grammy for Best Rock Performance. The third single “Demons” hit No. 1 at Alternative and Top 40 radio, and has sold 3.9 million copies in the U.S.  Their latest platinum selling release “Smoke + Mirrors” debuted at No. 1 on the Billboard Top 200 album chart.  The first single “Believer,” from their forthcoming 2017 release, is currently number one on the alternative radio chart and No.1 on Billboard's Rock Chart.