Langer Named Honorary Member of the American College of Prosthodontists

CHICAGO, Oct. 27, 2015 (GLOBE NEWSWIRE) -- Dr. Burton Langer, DMD, MScD, has been named an honorary member of the American College of Prosthodontists (ACP). He was recognized during the 45th Annual Session of the ACP held in Orlando from Oct. 21-24, 2015. 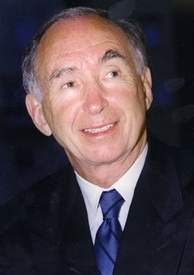 Dr. Langer developed many modalities of therapy that have become standard treatment methods, including the re-entry procedure for bone grafts and flap procedures for implants.

"Dr. Langer is an icon in NYC he has been a pillar of clinical and didactic growth for decades, developing revolutionary procedures to optimize functional and esthetic outcomes. His commitment to the highest level of quality care has placed him in a place of reverence by his prosthodontic colleagues. Always willing to listen, and guide with his subtle and caring manner many have sought his counsel on all aspects of professional life. The ACP is deeply honored to welcome him as an Honorary Member," said Frank J. Tuminelli, DMD, FACP, the ACP Immediate Past President.

He lectures extensively worldwide and has written numerous articles and texts, many containing original concepts that have enhanced the clinical practice of periodontics and implant dentistry.

The ACP is the only prosthodontic specialty organization whose membership is based solely on education credentials. ACP members must be in or have completed an ADA-accredited advanced education program in prosthodontics.