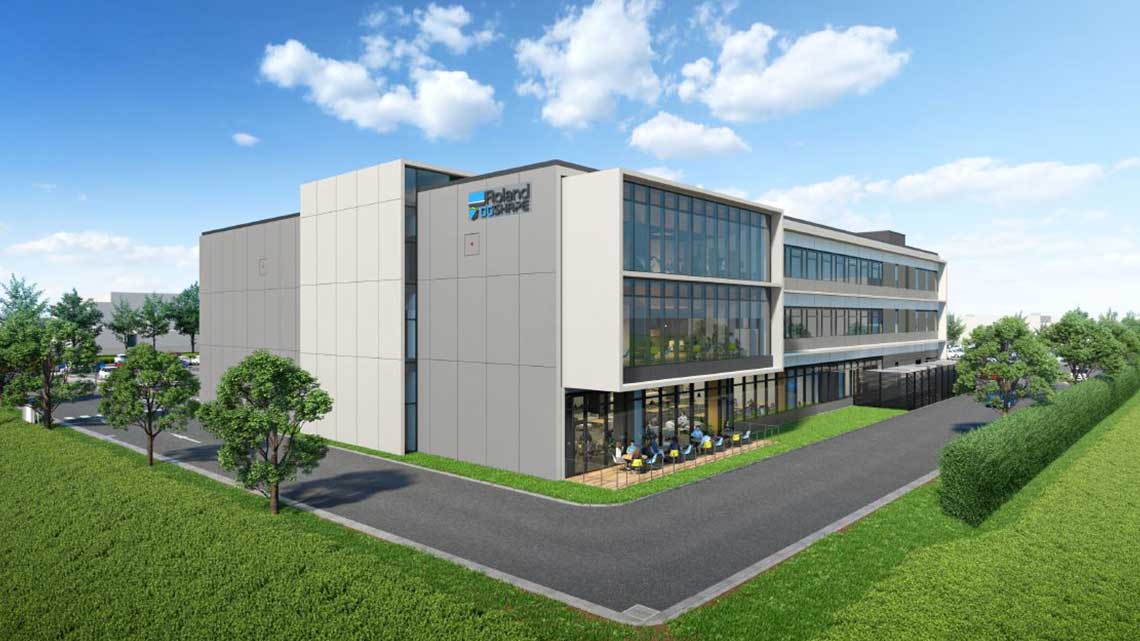 Roland DGA’s parent company, Hamamatsu, Japan-based Roland DG Corporation, has announced that it will be relocating to a new, uniquely constructed headquarters near its current facilities in Hamamatsu, Japan. The completion of Roland DG’s new “nearly ZEB” certified building in the Miyakoda area of Kita-ku, Hamamatsu in July 2023 will integrate the company’s factory and headquarters, which are currently located at two separate venues. 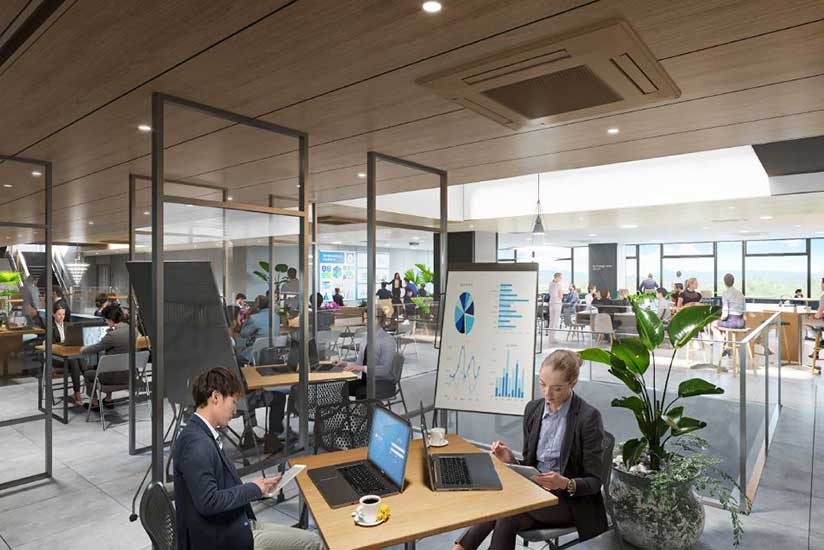 The new building will provide a space that creates new value by organically combining R&D, administration, and sales functions together in a single office area. All floors will have public areas, interaction areas, and creative areas designed to enable employees to freely change their work environment, generate ideas, and communicate with each other.

Shizuoka Prefecture sets a seismic zone standard that is stricter than the national standard, and the new building to be constructed will be 1.5 times safer than the national standard. The new building will also be equipped with a solar power generation system on the rooftop, automatic lighting control and inverter airflow control for exhaust fans, and a top-class efficiency air conditioning system, all of which are consistent with global efforts to achieve carbon neutrality. The building will provide a comfortable workplace that accommodates a variety of work styles, including a deck terrace taking advantage of its location in front of Miyakoda-sogo Park, cafeteria lounge, training room, and showers.

At a time when the role of an office building is rapidly changing due to the pandemic, the design takes into account a hybrid working style between office and telecommuting, considering the “way of working” in the future. The company aims create an environment that facilitates communication and promotes team building in order to realize its slogan to “Inspire the Enjoyment of Creativity” and spark excitement.