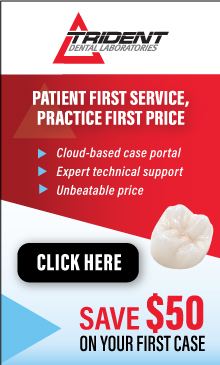 In recent years, much attention has been devoted to the restoration of the worn dentition. This may be due, in part, to the fact that a large segment of the baby boomer population is retaining their natural teeth, which has resulted in a greater demand for treatments that can reverse the worn esthetic of an aging smile. In addition, an increase in the promotion of cosmetic procedures in medicine and dentistry has no doubt contributed to the greater demand for such treatments.

Regarding treatment of the worn dentition, one aspect that is often overlooked in the literature is the importance of making a functional diagnosis before planning elaborate, complex, and expensive treatments. The importance of using a standard protocol for stabilizing a chewing system prior to developing a diagnosis and treatment plan cannot be overemphasized.

The case presented in this article demonstrates the use of a protocol that applies the principles of Bioesthetics® to stabilize, diagnose, and treat a severely worn dentition. During the last 50 years, this approach has been shown to yield predictable and stable results. It was first described by Robert L. Lee, DDS, MS, who founded the Lee Institute for Orofacial Dentognathic Bioesthetics in 1978, and later published in a textbook, Fundamentals of Esthetics, by Claude Rufenacht.1 Today, it is taught by the OBI Foundation for Bioesthetic Dentistry.

When applying the principles of Bioesthetics, first, the condylar position is stabilized with a removable appliance referred to as a Bioesthetic maxillary anterior guided orthosis (MAGO). Then, a carefully designed wax-up "blueprint" is used to build the necessary elements into the chewing system, including harmony among all of its components, protective anterior guidance, and natural tooth forms that recreate optimal, unworn genetic morphology.2,3

In order to arrive at a definitive diagnosis and treatment plan, three questions should be answered:

• Why is it happening?

• What should be done to address it?

Without answering these questions, many treatment approaches will be doomed to fail because they are not designed to address the underlying cause and will therefore most likely rebuild the pathosis into the chewing system. Finding the answers to these questions requires thorough and accurate diagnostic records that incorporate clinical examination, photography, and radiography, including cone-beam computed tomography (CBCT), and replication of the patient's chewing system via an analogue or digital methodology.

If a change in the vertical dimension of occlusion (VDO) is being contemplated, as it almost always will be when treating the worn dentition, then it is critical that the accurate replication of the chewing system be referenced to the true axis of rotation of the patient's stabilized temporomandibular joints (TMJs), whether this is accomplished with an articulator or digital virtual replication.1 This is necessary to duplicate the individual's arc of closure with accuracy and precision.

Many believe that tooth wear is always the result of bruxism and, therefore, special consideration should be given to protecting the restored dentition from future damage resulting from ongoing parafunction; however, the author's experience does not bear this out to be true. Although there are some individuals who may continue to grind or clench following Bioesthetic treatment, it is by no means the majority.

Lee was careful to point out that not all wear, joint degeneration, and other related issues are the result of bruxism, explaining that overloaded (ie, flattened) occlusion may be evidenced by excessive wear on crowns, broken prostheses, lost VDO, fractured teeth, hypertrophic muscles, exostoses, TMJ overload, tooth mobility, tooth migration, gingival recession, periodontal overstress, and gingival clefting. He noted that bruxism is often blamed for these conditions, when in many cases the cause is overloaded occlusion.1

Lee and others such as Posselt, Lundeen, and Gibbs have described how occlusal interferences or disharmonies can trigger adaptive jaw movement patterns (ie, avoidance) that result in a loss of proprioceptive anterior guidance and ultimately lead to overload and wear.4,5 Therefore, an important key to predictable, long-term success lies in correcting these disharmonies.

A 51-year-old male patient presented to the practice. His chief concern was that he was having great difficulty chewing, but he also expressed dissatisfaction with the esthetics of his smile. He reported experiencing advancing tooth wear and deterioration as well as the loss of several teeth. There were no significant complicating medical factors in his history; however, he did report longstanding hearing loss and tinnitus. The clinical evaluation revealed an overclosed VDO and minimal display of badly worn teeth (Figure 1 through Figure 3), and a CBCT analysis revealed moderately advanced degenerative changes of the TMJs without evidence of present activity (Figure 4) as well as an adequate oropharyngeal airway (Figure 5).6

After accepting the proposed treatment plan, the patient began Bioesthetic MAGO therapy, which involved full-time wear of the appliance with a series of weekly appointments to check and adjust it to balance over a 3-month time period (Figure 6).2,3 When there was no more evidence of movement of the condyles, a series of deprogrammed open bite centric records was obtained over a period of 3 weeks.7

Using these 3 records with the baseline mounted casts on a condylar position indicator (CPI-III, Panadent), condylar stability was confirmed.2,8 Next, an axiograph device (Axi-Path III Recorder, Panadent) was used to locate the true axis of rotation and to measure Bennett shifts and condylar guidance angles.9 This information was then used to mount stone models referenced to the axis-orbital plane, hereafter referred to as the functional plane of occlusion models, and a facebow (Kois Dento-Facial Analyzer, Panadent) was used to capture the esthetic plane of occlusion. Using the axis-mounted models, a trial wax-up was performed to determine correct function and esthetics at various vertical dimensions of occlusion. A series of trial VDO jigs were then fabricated for the purpose of photographing the head, face, and lips with the occlusion in a range of vertical dimensions in order to facilitate evaluation of facial proportion, head posture, and lip support (Figures 7 and Figure 8).

Following the determination of the correct VDO, the bite relationship was transferred from the functional plane of occlusion models to the esthetic plane models. This allowed the laboratory to create a complete Bioesthetic wax-up that was referenced to the esthetic plane and designed to re-create the natural unworn optimal form (Figure 9 and Figure 10).10

As part of the treatment plan, the patient was referred to a periodontist for the placement of two implants (Astra Tech OsseoSpeed®, Dentsply Sirona) to replace his missing mandibular right first molar. At the restorative appointment, all of the teeth were prepared with the goal of preserving as much enamel as possible in order to facilitate strong adhesion of the final glass-ceramic restorations to the tooth structure.11 Following preparation of the teeth, a CAD/CAM process (CEREC Biocopy, Dentsply Sirona) was used to accurately duplicate the wax-up for the fabrication of provisional restorations milled from poly(methyl methacrylate) (PMMA) blocks (Telio® CAD, Ivoclar Vivadent), and they were placed (Figure 11 through Figure 17).

The final restorations were fabricated by the laboratory to exactly duplicate the wax-up blueprint in reinforced glass-ceramic (Figure 18 through Figure 23). To maximize the bond strength to the ceramics, the crown margins were carefully positioned in order to preserve a wide band of enamel (Figure 19).11 The case was completed in 2014, and all of the patient's follow-up visits to date have revealed a stable dentition with no evidence of further wear or deterioration.

When restoring the severely worn dentition, an accurate diagnosis of the chewing system as a whole can be made only after stabilizing condylar position. In this case, a stable condylar position was achieved with full-time wear and weekly adjustments of a Bioesthetic MAGO appliance then confirmed with the use of a series of deprogrammed centric bite records and a condylar position indicator. Complete diagnostic records, including a full history, clinical examination, photography, and radiography, are essential to arriving at a definitive treatment plan. By applying the principles and protocols of Bioesthetics to acquire a complete and accurate diagnosis, a badly degenerated chewing system can be rejuvenated, achieving a predictable and long-lasting result that satisfies the needs of both self-protective function and excellent esthetics.

The author would like to thank periodontist Steve Monzingo, DDS, MS, and Bernhard Egger, MDT, of Natural Esthetics, Fuessen, Germany, for their work on the case.

8. Crawford SD. Condylar axis position, as determined by the occlusion and measured by the CPI instrument, and signs and symptoms of temporomandibular dysfunction. Angle Orthod. 1999;69(2):103-116.