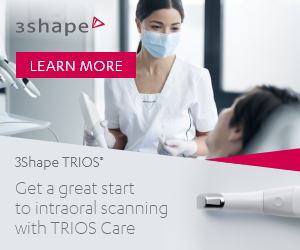 Digital impression systems operate under distinct categories, open and closed architecture.These two basic terms are used to define the manner in which the impressioning device communicates with mills and laboratories.

An open system generates a .STL file. This is a file format mainly understood in the CAD industry. The files generated are easily shared once they are produced. The format is easily received by most laboratories, and can be integrated into multiple software systems for design and milling. The .STL files are also able to communicate with many available mills for in-office use. The use of an open system creates numerous opportunities for restoration design and fabrication, including orthodontics.

A closed system also generates a .STL file but it can only be viewed or read by the specific closed software. The file transfer workflow in closed systems is usually proprietary in nature. Although there are many restorative and orthodontic options in a closed system, the communication options are not as numerous as they are in an open system. CEREC is an example of a closed-architecture system. CEREC scanners communicate with CEREC mills and laboratories that have CEREC in the lab.12

In 2007, 3M (www.3m.com) introduced the Lava™ Chairside Oral Scanner C.O.S., following acquisition of the technology from Brontes Technologies. The system had many advantages but also had some disadvantages. Although the product had its merits, 3M went back to the drawing board to make some much-needed improvements, and the resulting 3M™ True Definition Scanner launched in late 2012. The new and improved system is extremely economical, and has several features that make this a great product to consider. The system uses 3D-in-motion video technology to acquire the image; in other words, the data is captured and modeled in real time. The system is entirely open, meaning that it can transfer standard .STL files to a device used to manufacture a restoration or model that is set up to receive these files. Being an open system, it can be used as an impressioning device for a multitude of restorations, such as crowns, bridges, inlays, onlays, partial dentures, full dentures, models, and orthodontic appliances. The system also communicates with several mills for indirect chairside restorations. The system is all contained in a portable device that easily transfers between operatories. The drawback, as seen by many, is that the system does require powder to capture an image. This is a very light dusting (almost a mist) of powder applied to the surfaces of the intraoral structures to be captured. Studies have proven that powder increases accuracy compared to non-coated surfaces.14

The PlanScan, by Planmeca (http://planmecacadcam.com), is also an opensystem, and its files are also accepted by many dental laboratories. The system uses a blue laser technology to acquire a video image. The PlanScan communicates with the PlanMill 40, which is Planmeca’s proprietary option. The system does not require powder but does have available a liquid opaquing medium for highly reflective surfaces that is considered to be very accurate. The image produced by the scanner is represented in color; however, it is not representative of the dentition. The system is capable of producing many restorations. At this point in time, however, there is no associated orthodontic workflow. A nice advantage of this scanner is the ability to erase and rescan a portion of the scan. The system is available as a laptop-based system, so it is portable.

Another open system with incredible accuracyis the TRIOS by 3Shape (www.3shapedental.com). Multiple restorative and implant workflows are available, as well as laboratory support. At this point in time, there is no orthodontic workflow. The image is acquired by a laser high-speed line scan, and it is displayed in true color. No powder is required. The scanner and wand are contained on a mobile device, or they can be used with laptop capability. A chairside option is available through thePlanMill 40 from Planmeca. One of the nice features of this system is the ability to color match. One of the main disadvantages of this system is the price. This is the most expensive scanner on the market.