An added advantage of a split-shank, parallel post is the distribution that threads give to the functional forces generated.

Rather than just explain the mechanics of the split-shank Flexi-Post®, this article will discuss some of the other more popular concepts of post reinforcement. A post that is more flexible than the tooth it is embedded into will bend more under function, placing stress on the core–dentin interface and producing compression on one side and tension on the other.1 The compression side causes the core material to break down over time and the tension side causes separation of the core from the dentin interface. In reality, all margins are susceptible to both compressive and tensile forces. While placement of a well-fitting crown with a 2-mm ferrule will reduce the impact of compressive and tensile forces, there are too many times when this degree of circumferential support is simply not achieved from the overlying restoration. In fact, even when this support is realized, the patient is still better off with a post material that resists deformation at least as well as the tooth itself.

If one places a post where a good deal of coronal dentin still exists, a highly flexible post will cause no damage because it is the remaining root that is supporting the post, not the other way around. One could say the one place where fiber posts work best is where they are not needed in the first place.

To compensate for a post that, by definition, must be thinner than the root into which it is embedded, the post must be made from a metal material with a much higher modulus of elasticity. Stainless steel’s modulus of elasticity is approximately 10 times greater than that of the tooth, which compensates for the fact that the post’s cross-sectional area is about 10 times thinner than the cross-sectional area of the root into which it is embedded. Functionally, both the root and the post will bend relatively equally when subjected to occlusal forces (Figure 2).3

If this discussion is now confined to metal posts, the cast post has always been considered the gold standard for establishing a core upon which the final restoration will reside. In fact, an increasing the degree of taper of the cast post introduces coronal stresses both insertionally and functionally that can be somewhat reduced by making sure there is no contact between the metal of the tapered post and the walls of the canal.4 While reducing the insertional stresses, it reduces the retention of the post to that of the cohesive strength of the cement holding the post in place. Figure 3 shows what happens when the post is relieved along the length, eliminating any direct contact between the post and the canal walls.

A tapered threaded metal post will concentrate increasing stresses as the post is rotated into place, potentially leading to a fracture initiated in the most coronal section of the root.5 The placement of a parallel threaded post will concentrate stresses apically, leading to a potential fracture initiated apically. In a sense, this is worse than a tapered threaded post because the fracture may not be immediately detectable, possibly leading to the placement of a restoration on a fractured tooth that will only become apparent when the apical fracture finally propagates coronally to the crest of the bone, and the immediate presence of a pocket becomes detectable. By then the final restoration has most likely been placed, which may include a long-spanning bridge with the fractured tooth acting as an anterior or posterior terminal abutment (Figure 4). On the other hand, the placement of a split-shank, parallel-threaded post will produce a combination of high retention and minimal insertional stresses (Figure 5).

A full discussion of how the split-shank, parallel-threaded post achieves high retention with minimal insertion follows.6 The two independent legs of the post can be seen to collapse upon themselves as the threads contact the walls of the canal. To be more specific, the post-hole created prior to the insertion of the post is 0.1 mm wider than the inner diameter of the non-collapsed post. The threads stick out 0.2 mm from the non-collapsed shank. In other words, the maximum embedment of the thread into the dentinal walls is 0.1 mm. This may not sound like a lot, but a 0.1-mm embedment would produce a lot of resistance and insertional stresses.

However, with the legs collapsing upon themselves, the insertion of the lead thread is not the full 0.1 mm of depth, but a far more benign 0.01 mm. That is so little it leads to little resistance and low insertional stresses.

The second thread now enters the dentinal groove created by the first thread. This thread, closer to the origin of the split, is located at a point on the post that is more resistant to collapse. Rather than making a groove of 0.01 mm, it deepens the groove to a depth of 0.03 mm, an increase of depth of 0.02 mm, still a small amount of additional embedment that produces little insertional stresses and resistance.

The sequence of threads will be followed one more time to make the point. The third thread, located at a point along the split shank closer to the origin of the split, is still more resistant to collapse. Consequently, the thread will embed into the dentinal walls to a depth of 0.05 mm, which is 0.02 mm deeper than that created by the second thread. The incremental increase, limited to 0.02 mm of additional depth, produces minimal insertional stresses and resistance.

The split-shank, parallel-threaded post has been turned into a graduated tap because of the split design.6 The desirable consequences of the split include an absolute reduction in the insertional stresses. Furthermore, whatever insertional stresses produced distribute over the entire length of the post rather than being concentrated in the lead thread. The result is high retention with virtually no more stress when cemented than a passive post. The clinician can confirm this lack of insertional stresses when he or she encounters almost no resistance when rotating the post into the canal now filled with cement.

An added advantage of a split-shank, parallel-threaded post is the distribution that threads give to the functional forces generated. A perfectly smooth, passive post would concentrate the stresses apically, while the threads on a split-shank, parallel-threaded post distribute them evenly over the entire working length of the post. Clinicians do not normally think of the advantages of a threaded post because they first think of the stresses that threads produce. However, the split-shank design of the Flexi-Post nullifies these insertional stresses, leaving the benefits of the threads to further distribute functional stresses in an even and harmonious way (Figure 6).

The goal of the Flexi-Post design as well as that of the Flexi-Flange is to maximize retention while minimizing insertional stresses and distribute functional stresses as evenly as possible. To a large extent this has been accomplished via this unique split-shank design.

The author is the owner of EDS Dental Systems, Inc. 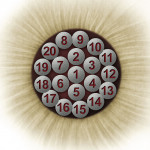