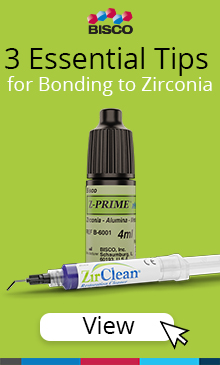 The Evolution of Esthetic Dental Materials

The range of restorative options available to dentists has changed dramatically over the past 30 years.

In 1981, the materials decisions to be made by a newly minted dentist were very different than they are today. After the selection of a local laboratory to handle the indirect restorations that are part of the “crown-and-bridge” aspect of practice, the major material decision for many clinicians involved choosing a semi-precious alloy for porcelain-fused-to-metal (PFM) restorations. Materials for direct restorations included plastic jars of amalgam capsules and a box of composite technology that involved mixing together paste A and B and getting it into the preparation before it could set.

Shades and layering were unheard of at the time. There was only the “universal shade” used for 75% of the anterior restorations performed. For bonding, a bottle of weak liquid acid for enamel conditioning and a chemical-set clear methacrylate-based resin completed the restorative armamentaria.

Of course, patient expectations were different, too. Even so, in reflecting on the history and evolution of the materials used 30 ago, it is astounding to ponder how far dentistry has come and the range of restorative options dentists today can offer their patients.

Acrylic resins replaced silicate cements in the middle of the 20th century as the only esthetic material in dentistry.1 However, due to dependence on properties that could only be delivered with adequate bonding concepts that had not yet been discovered, the benefits of such an evolution were minimal at best.2 Advancements in bonding technology would go hand in hand with the success of acrylic resins.

In the 1970s, composites emerged to replace acrylic resin, but the particles were very large, resulting in difficult polishing and surface roughness as the large particles were “plucked” from the resin matrix. To combat these unwanted properties, the first microfill composites were developed in the 1980s.3 Although this class of composites polished well, chipping and bulk fracture limited their use in high stress-bearing areas.4

In the 1990s, a synergy of composite and bonding technology began to advance composite use. There was greater understanding of the importance of the particles in the resin matrix. Beginning with microhybrids, the nature of the particle content was manipulated in terms of particle shape, load, size, and chemical makeup.5 Diffraction capability began to be differentiated, and techniques to layer different composite compositions to mimic the nuances of natural tooth structure came into being.6,7

Currently, as a result of the development of nanotechnology, we find ourselves surrounded by many materials with excellent handling capabilities, great durability, enhanced bonding capacities, less shrinkage, improved polishing, and highly esthetic optical effects. Indeed, with the variety of shades, translucencies, opacities, refraction indices, and effects available today, clinicians are closer than ever before to having the ability to construct direct restorations that have the optical metamerisms of the natural dentition (Figure 1, Figure 2, Figure 3, Figure 4, Figure 5, and Figure 6).8

In order to perform dental procedures that demonstrate a responsible esthetics doctrine reflecting the principles of conservation of tooth structure,9 it is imperative that clinicians develop and exercise modern-day techniques that incorporate expertise and skills in composite artistry. A nano-particle or microhybrid direct composite can fulfill the needs for anterior bonding and restorations, as well as posterior applications. The most important factor is clinicians’ knowledge of the nuances of the material they are working with so they can master techniques to satisfy restorative and esthetic objectives.10

The evolution of indirect porcelain technology occurred at a fairly methodical pace until it coincided with an aging generation of baby boomers who wanted to retain a youthful, esthetic smile. A demanding public greatly accelerated the rate of development, beginning in the mid-1990s, as the dental profession sought a bio-identical restoration that could mimic the optical metamerisms of natural teeth.

The use of ceramic materials in dentistry began in the late 18th century when dental professionals discovered that the porcelain used to fabricate denture teeth could be hollowed out and secured to natural teeth to create porcelain jacket crowns. Although porcelain (ie, all-ceramic) jacket crowns demonstrated a level of previously unattainable esthetics, the lack of strength (50 MPa) that led to chipping, fracture, and clinical failure made routine implementation impossible.

Those same clinical failure characteristics have plagued various evolutions in the quest for an acceptable indirect esthetic restoration. For that reason, PFM restorations remained a popular choice for some time, especially when the metric for success was weighted toward strength and durability.11 However, it is easily illustrated that using PFMs in the esthetic zone presents its own disadvantages by not allowing certain light characteristics, such as translucency and diffraction, to occur (Figure 7 and Figure 8).

The search for the ideal esthetic indirect restorative material has undergone many permutations. Although knowledge of ceramic history is important in order for clinicians to make informed decisions about what their clinical offerings will be, it is equally important for practitioners to be able to provide their patients with a variety of indirect alternatives that are tailor-made for any given situation. The 21st century restorative team must decide on a material choice by determining the relative importance of a number of factors, including strength, conservatism, and esthetics.

It is important for dental providers to be able to diagnose and provide restorations composed of different substrates to suit a given set of presenting conditions. Anterior esthetics is a driving force in dentistry today. For conservatism, interdisciplinary care that includes orthodontics followed by no-preparation or minimum-preparation veneers is tremendously valuable for the patient. Therefore, a command of working with feldspathic porcelain has distinct advantages (Figure 9 and Figure 10).12 When there is a demand for increased restoration thickness, a stronger substrate can be leucite-reinforced (eg, IPS Empress®, Ivoclar Vivadent, www.ivoclarvivadent.com; Authentic®, Jensen Dental, www.jensendental.com) (Figure 11 and Figure 12) and lithium disilicate (eg, IPS e.max®, Ivoclar Vivadent). When even more restoration thickness must be provided, there are high-strength tooth-colored cores such as yttrium-stabilized zirconium dioxide to support layering porcelains that mimic enamel. There are also times when presenting conditions require the mixing of restorative media to solve different dilemmas (Figure 13, Figure 14, Figure 15, and Figure 16).

There should be no “one size fits all” mentality when diagnosing and treating individual cases. Responsible esthetics9 can only derive from a relentless commitment on behalf of the clinician and laboratory technician to not only provide a restoration that looks natural, but that also respects the sanctity of the remaining natural tooth structure in the process.

Drawing upon the successes and failures of prior attempts to create a clinically successful all-porcelain crown, lithium disilicate was introduced in various manifestations, including a monolithic form that demonstrates strength of 400 MPa. Because of its composition, lithium disilicate can be either adhesively or cohesively retained. This versatility can be used in the anterior or posterior areas of the oral cavity, and allows creativity in preparation design to facilitate conservation of tooth structure.

As stated previously, a number of the direct and indirect innovations could not have occurred without the concurrent evolution of bonding concepts. Beginning with the earlier work of Buonocore,13 to the classic papers of Nakabayashi14 in 1982 and Fusuyama15 2 years earlier on dentin bonding, it was absolutely necessary for material evolutions and technique innovation to become synergistically linked. Adhesive dentistry was not really demanded prior to the advancement of metal-free restorations and the advent of conservative dentistry. Their union was critical for complete use of modern all-ceramic materials.

The dental office of the 21st century is best served when clinicians understand total-etch and self-etch protocols and where each can be applied when they are the best solution for a specific situation.16 The success or failure of the restoration is largely due to completion of the appropriate technique by the clinical team. In addition, it is becoming apparent that there are additional steps that can be included in bonding protocols to extend the longevity of the bond. For example, including chlorhexidene gluconate and/or benzalkonium chloride in protocols can curtail initiation of matrix metalloproteinases to inhibit their ability to eat away at the hybrid layer over time.

Dentists today are indebted to dental researchers and their corporate partners for providing a vast array of products that can now be used in their practices. The manner in which dentists practice today compared to 30 years ago has been profoundly affected by the evolution of the material options available. In less than a generation of dental science, the materials used today are literally light years from where they were in 1981. Although the number of options requires knowledge and strict due diligence by the restorative team before they can be applied in practice, this is a small price to pay for the variety of restorative solutions now at the disposal of practicing clinicians.

The author would like to express his sincere gratitude to the laboratory technicians who contributed to this article by providing dental restorations of the highest quality: Lee Culp, CDT; Bradford Patrick, CDT; Nelson Rego, CDT; and Juan Rego, CDT.

9. Sesemann MR. Of dreams, milestones and responsibilities. President’s Address to the American Academy of Cosmetic Dentistry (reprint of speech). J Cos Dent. 2009;25(2):8.