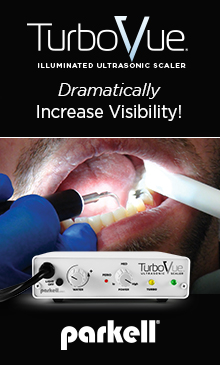 Biologics in Regeneration: What Is Their Impact on Periodontal and Dental Implant Surgery?

Clem: Dr. Lynch, what is meant by "biologics" in terms of how they are used in periodontal and dental implant surgery?

Lynch: When we speak about regeneration, three main components of the process are classically identified: scaffolds, cells, and signaling molecules/growth factors. The term "biologics" is often used, although somewhat confusingly, to refer broadly to signaling molecules and growth factors. Cancellous bone and marrow (iliac crest) have long been considered the "gold standard" in orthopedics, but for many years the regenerative medicine profession has sought an alternative that would not require a second surgical site. The inherent lack of activity in bone substitute scaffolds has led to their often being supplemented with one of three well-documented biologics in dentistry.

The first of these was an enamel matrix derivative (EMD), which is a mixture of natural molecules derived from embryonic pig tooth buds. The main protein appears to be amelogenin. EMD is active in tooth development and cementogenesis. It has been evaluated in a number of controlled clinical trials in both regeneration of periodontitis lesions and soft-tissue root coverage. Clinically and histologically substantiated data indicates that use of EMD can result in true periodontal regeneration defined as new bone, new cementum, and new periodontal ligament on a previously diseased root surface. However, when compared to guided tissue regeneration (GTR) in recent systematic reviews, no difference was found between the two. In fact, for noncontained intrabony defects GTR seems to result in more favorable outcomes than EMD.

In the late 1990s, after 7 years of rigorous testing, pure recombinant human platelet-derived growth factor-ßß(rhPDGF) was initially US Food and Drug Administration-approved in medicine as a topically applied gel to improve healing of dermal wounds, specifically chronic diabetic foot ulcers. As its mechanism of action became better understood, it became apparent through orthopedic and dental research that pure rhPDGF was a potent attractant and proliferative agent for mesenchymal stem cells, osteoprogenitor cells, periodontal ligament cells, and gingival fibroblasts. Pure rhPDGF also improves vascular supply at the site of application; therefore, the healing of both bone and soft tissue is enhanced. Clinical and histological data demonstrates that the use of rhPDGF plus allograft results in true periodontal regeneration in both intrabony and furcation defects around teeth and greater osseointegration of dental implants.

Lastly, recombinant human bone morphogeneic protein (rhBMP2) is a growth factor that had its initial approval in orthopedics before being adapted to dental uses. It is a potent cell differentiation agent. BMPs have the capacity to induce pluripotential cells to differentiate into cartilage- and bone-forming cells. In dentistry rhBMP2 is used for bone regeneration, with no soft-tissue effects.

Nevins: Our research team was involved in the initial trials using rhBMP2 for sinuses, augmenting bone for implant placement without the use of any scaffolds (bone grafts), and we were able to show a mean bone gain of almost 8 mm in the sinus, which seemed extraordinary. This was de novo bone capable of supporting dental implants in function. rhBMP2 also gained approval for socket grafting, again without the use of scaffolds. Clinically, this opens up enormous possibilities for bone regeneration.

rhPDGF also has had some interesting applications. It was shown to be effective in periodontal defect resolution using a completely synthetic system of rhPDGFand ß-tricalcium phosphate as the scaffold. A human proof-of-principle trial measured the clinical, radiographic, and histologic effects of rhPDGF and mineralized bone allograft in human periodontal defects. While the clinical measures were very positive, showing interproximal attachment level gains of more than 6 mm, the histology was even more impressive. The histomorphometric result demonstrated almost 100% new bone with almost no percentage of residual allograft particles along with new cementum and connective tissue attachment and no evidence of root resorption.

Our team also has had clinical experience using pure rhPDGF with bone augmentation for dental implant placement and found a similar result with regard to significant bone gain with a lack of residual graft particles. For example, in a series of cases using rhPDGF with anorganic bovine mineral in sinus augmentation, regeneration with minimal residual xenograft remaining was achievable when this pure growth factor was added. Thus, from a clinical perspective rhPDGF offers documented periodontal, bone, and soft-tissue applications for regeneration while facilitating minimal residual graft particles. Periodontal applications for regeneration have been shown with human histologic evidence with both allografts and xenografts.

Clem: One of the most frustrating issues in assessing radiographic evidence is the persistence of graft particles that may be radiopaque and the presentation of this as evidence of "bone gain" when, in fact, it is actually defect resolution or fill. Particularly with the emergence of peri-implantitis defects, clinicians should strive not only for defect "fill" but also to achieve probing depth reduction with minimal residual graft particles. While nonresorbing residual graft particles may look impressive on a radiograph they cannot be considered regenerated tissue.It seems then, that some clarity is emerging with regard to today's biologics in terms of periodontal enhancements versus soft-tissue healing versus bone augmentation.

Lynch: Autologous blood concentrates focusing on platelet-rich therapies (PRTs) have been extensively studied as adjuvants for wound healing and alveolar bone augmentation. After three decades of study, however, PRTs have been largely dismissed as a predictable wound-healing agent in cutaneous wound healing. In fact, in medicine most major insurance providers currently do not reimburse for their use in wound healing. Nevertheless, new variations of PRTs appear periodically (most recently in the form of PRF). Anecdotal reports and marketing claims tout their benefits for soft-tissue healing despite lack of compelling randomized controlled trails. Likewise, although a few reports suggest that PRTs show clinical promise for bone augmentation, most studies in both dentistry and orthopedics have shown that PRTs exhibit inconsistent and insignificant effects on alveolar bone formation. Data from multicenter trials continues to be mixed, and the results may not be superior when compared to traditional grafting techniques. Although there are some positive case series, most data from well-controlled trials on the use of so-called "sticky bone" (combination of grafting materials and PRF) fails to show clinically and statistically significant improvement in patient outcomes compared to conventional grafting. While PRTs are promoted as having the precise balance of a variety of growth factors, with PDGF being one of them, the concentrations of any growth factor in PRF are typically at sub-therapeutic levels, especially in older or compromised patients. PRF/PRP, therefore, is generally less effective than pure rhPDGF, which is manufactured at a high concentration and in highly consistent doses.

One of the components in PRTs that is not often discussed is the DKK1 protein, a powerful bone inhibitor. While platelet activation does induce the release of small amounts of PDGF and vascular endothelial growth factor from the alpha granules of platelets, it also causes the rapid release of DKK1. Elderly individuals and people with diabetes have higher concentrations of this protein, which may contribute to their tendency toward impaired skin and bone healing. DKK1 is also over-expressed in the gingiva of patients with periodontal disease, osteocytes of edentulous alveolar bone, and periapical lesions. DKK1 is a molecule that could actually impede soft-tissue or bone healing.

Nevins: I would agree. PRTs continue to be touted despite the lack of consistent evidence. It's interesting that PDGF is one of the growth factors enriched in the preparation process, yet the levels of multiple growth factors vary greatly between individual preparations. The PRT levels of PDGF, for example, have been found to range from 1,000 picograms/milliliter (pg/ml) to 15,800 pg/ml compared to recombinant PDGF where they are consistently equivalent to 300,000,000 pg/ml. This inconsistency from one preparation compared to another, which is due partly to the variability from one patient to another, makes it difficult to predict results.

Clem: I think the issue of growth factor concentration levels is a key point. Also, another aspect of PRTs is that, because they are autologous, they are weakly regulated. Commercially available biologics such as EMD, rhBMP2, and rhPDGF are highly regulated and require a much higher level of evidence to be approved for use. As a result there is increasing use of these technologies on the wound care and regenerative side in medicine with consistent insurance coverage, while some of the so called "miracle preparations" such as "stem cells" and PRTs are not commonly used in traditional wound healing and regenerative fields. PRTs have been around for years but have not been widely adapted. As commercially prepared biologics have come on the market after achieving regulatory standards for approval, they have become invaluable in soft-tissue and bone reconstructions. While using PRTs may make clinicians feel like they're helping patients, I think the reality of the promise is less than the reality achieved.

As periodontists I believe our role in oral tissue regeneration will continue to focus on bringing more predictable outcomes to the oral soft-tissue and bone regenerative field. Periodontists should look forward to teaming with restorative dentists to enhance the health and well-being of patients. The future is certainly bright.

>To view the bibliography, visit compendiumlive.com/go/cced1898