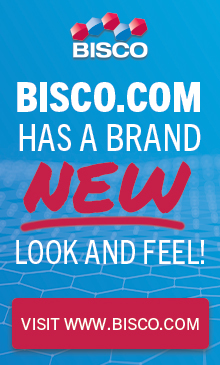 The “Thing” That’s Changing Everything in Dentistry

There's a gentle rumbling in the world of dentistry. Maybe you've felt it, that slow hum, a rumble emerging from a core of change, a change that has been palpable to many. In speaking to dentists and others in the industry, I know they've sensed it, even if "its" name remains elusive, "it" being this thing that is changing things in dentistry. In searching to name it, I've found many elements influencing this shift, including technology and the millennial mindset of thinking outside the box and "doing things for myself." Where this thing started taking shape and form was in a place I least expected: a dental conference!

Last year I had the honor of attending and speaking at my first Voices of Dentistry dental conference. This isn't your average dental conference, with live podcasting, hosts on one-wheels, and brand new young speakers on stage. Some of the earliest podcasters in the dental space, Drs. Alan Mead, Mark Costes, Jason Lipscomb, and Justin Moody, established VOD in January 2017, and every year it's grown. Besides the podcasting and one-wheels, what's different is the energy. Last year at the meeting's completion, a friend of mine remarked, "I just feel so inspired. I don't know about what, but I know I feel inspired." The energy, inspiration, fun, and authentic connection is what everyone was responding to. It was different than what one might normally feel at a weekend of CE.

I then felt the rumbling grow at another brand new dental conference, the first annual Dental Influencer Alliance (DIA) Conference in December 2018, in Los Angeles. Described by the founders as a "disruption in dentistry," this conference was formed grassroots style by, among others, entrepreneur Blake McClellan, an Instagram influencer. McClellan, CEO of Implant Compare, is from the tech industry, and the conference had a distinct "tech" feel about it. With several programs running simultaneously, the format elicited physical movement as attendees hustled from room to room to catch as much as they could. Like McClellan, most of the speakers at DIA were also Instagram influencers with various backgrounds, specialties, and personalities. The conference touts that "anybody can be an influencer," and both the speakers and attendees all seemed to have that mindset. All you need is an idea, a little vulnerability, and some bravery to get out there and share that idea authentically.

The motivation for the 350 dentists in attendance at DIA was simply to connect with others, share what they've learned, and learn new things, not to puff up their CVs and try to get famous. Speakers were honest and vulnerable, sharing personal stories of obstacles they've overcome and lessons they've learned, and intermingling liberally with attendees. I had the privilege of speaking twice at the conference and moderating the xxdentalcollective panel. xxdentalcollective is an all-female group I founded last year. Eight of its 14 members came to see the panel that I was to moderate. Because an all-female panel is extremely rare in the dental industry, I questioned how many people might actually show up. When I walked into the room I was shocked to find standing room only!

To prepare for the panel, I had created a whole list of questions, but I didn't get to a single one because the audience was full of them. Multiple hands shot up at once, and discussion was not just between panel members but with the audience as well. Questions also came from the online community, as the panel was live-streamed on Instagram. The questions were not only plentiful but authentic and vulnerable. Men were asking things like, "How can I, as a male, learn more about what females in the industry are facing?"

My main stage talk at DIA was titled "The Digital Revolution," but it was really about the pull of something new and our willingness to listen to that little voice inside of us that urges us to get outside of our comfort zones-whether we're practicing dentistry or otherwise. Learning to follow that voice is actually how we find our voice. Finding your voice, which was the subject of my breakout session talk, is finding the thing that distinguishes you.

The thing that's changing everything in dentistry is not just one thing, or one voice. It is multiple voices. It's you, it's me. It's us, collectively. It's young dentists taking education and businesses into their own hands. It's new technology revolutionizing the way we treat and interact with patients. It's education becoming more interactive. It's older dentists taking weekend courses to learn new technology, because they think it's actually fun.

It's sharing our passions, creativity, and ideas through social media platforms, on podcasts, and at conferences. It's me and you responding to the allure of something new and exciting, and letting that energy carry our voices. It's the grassroots movements saying, "It's ok if you don't hear me, I'll just create something new over here then." And anyone can be a part of it.

That gentle rumbling under our feet is growing. While it's natural for some to brace against the shaking, there's another option. Allow yourself to be pulled into the motion, and enjoy the ride.