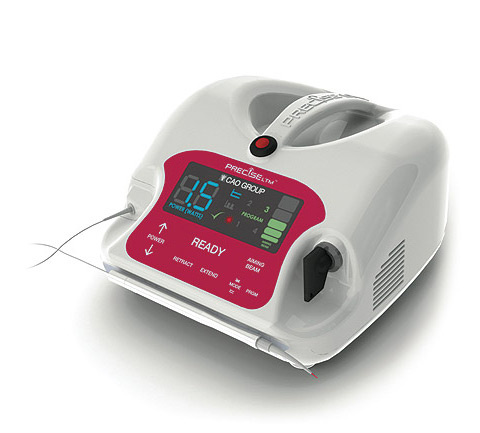 In its brief 11-year history, CAO Group, Inc., a manufacturer of dental devices and materials, has distinguished itself as a leader in the laser industry. Headquartered in West Jordan (near Salt Lake City), Utah, and with research, development, and manufacturing facilities in both Utah and Beijing, China, the company has produced more than 9,000 diode lasers, becoming one of the largest diode laser manufacturers in dentistry, says Robert Nordquist, Vice President, Marketing and Sales.

“We’ve led the way in the development of diode lasers,” Nordquist says, adding that the company has leveraged its exclusive marketing and distribution partnership with Henry Schein® to expand its dental laser reach globally.

“Precise LTM is easy to maintain from an infection control standpoint because of the way the fiber is managed in the handpiece, which keeps the cost of operation for the dentist as low as possible,” Nordquist says. “We think it’s the lowest cost-per-use product available.” He adds that the product is designed to mimic hard- tissue handpiece usage, “so it’s easier to use in your hand, easier to manipulate in the mouth, and easier to create beautiful soft tissue. It capitalizes on all the time and experience we’ve had in making these units for use in dentistry.”

Nordquist says laser dentistry has come a long way even in the past 5 years and will continue to make inroads, noting that the cost of diode lasers has dropped from the $10,000 to $15,000 range to the $3,000 to $7,000 range. His concern is that lasers have a reputation of being difficult to use and control. However, he insists using a soft-tissue diode laser is very similar to using a handpiece.

Clinicians should not be apprehensive about using a laser, he suggests, because it can actually be safer and more advantageous than conventional instrumentation. “The advantages of the laser are remarkably clear. You have far more control in the use of a soft-tissue laser than you do with traditional products. You have safer use of the product, more rapid tissue healing, healthier soft tissue, and more immediately beautiful tissue.”

When a clinician cuts using a laser, cauterization takes place as well as sealing of both capillary and nerve endings. The result is less bleeding than with a scalpel, no release of histamines, and a clean, dry field in which to operate. Margins are exact and healing is predictable.

Lasers have advantages over electrosurge use, as well. “Electrosurge units cut easily and help to cauterize when you cut, but you’re using heat to cut in, so raising oral temperatures is not ideal,” says Nordquist. “Plus, you are cutting deeper and faster with an electrosurge unit, so that’s not always beneficial when you have fine tissues. And from the patient’s point of view, there’s a really horrible smell and an awful taste in the mouth, which patients don’t like.”

The end result with lasers, he insists, is improved patient satisfaction. “At the end of the day clinicians are able to create beautiful soft tissue that matches the nice, new hard tissue that they’ve created when they place an attractive veneer, or crown, or bridge.”

To help users get over the learning curve of using a laser, CAO Group provides extensive training to its customers. The Precise LTM Complete Kit comes ready-to-use with everything a clinician needs to start operating it from day one. The kit includes a “Precise Quick Start” program, which takes the user step-by-step through the unit set-up and four of the most commonly performed procedures (gingival contouring, troughing for easier impressions, excess tissue removal, hemostasis). It also includes an 8-CEU online program for in-depth training on Precise LTM.

“We try to create customers who are delighted with our products, as opposed to simply buyers of our products,” he says.

Beyond lasers, CAO Group is keeping very busy in dental product development, according to Nordquist. “In the last 6 months we have either released or are currently releasing about 12 new products, all with very distinctive user benefits—from our film technologies to lasers and curing lights, to a number of operative products.”

If the next 11 years are anything like the first 11, the dental industry will be hearing much more about CAO Group.